Training in martial arts is often like owning a gun. Unless you’re a competitive fighter, you’ll likely never have to use your skills in real life. Like the old saying goes ‘It’s better to have one and not need it, than to need it and not have one.’

Practising in Brazilian Jiu Jitsu is great for many reasons. Keeping in shape, maintaining a healthy lifestyle and learning practical skills for that ‘just in case’ scenario. Earlier this week, in Fort Myers, that scenario popped up for one local home owner.

Hearing noises in his garage, home owner Brian Burch went to investigate. What he saw was a young man by the name of Mr. Ortiz walking away with a number of his power tools. Ortiz claimed the site manager had sent him over to collect them.

Sensing something wasn’t right, Burch confronted Ortiz and a scuffle broke out. Thankfully Burch is trained in Gracie Jiu Jitsu, and so when the fight went to the ground he knew exactly what to do.

Ortiz Gets Busted Up (Video Below)

Burch says that when it went to ground, he popped Ortiz’s nose with a single fist strike. As he bled profusely, Ortiz was pinned and held while Burch phoned the local authorities with his free hand.

Burch would go on to reveal his relief that his children weren’t in the house at the time. Speaking with reporters, Burch also said he did not use excessive force in defending his property. Here’s the video report from NBC: 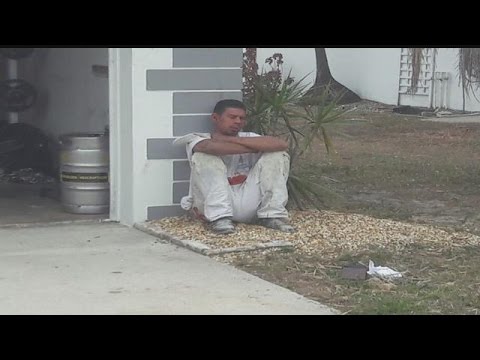 What Have We Learned Today?

Firstly, breaking in to people’s property is a really bad idea. Secondly, messing with people in general is not advisable. With so many folks now training in practical and very dangerous skills, you might just find yourself as the latest version of Mr. Ortiz.

Gentleman Jeff - Jun 20, 2016 0
The Diaz brothers are two of the most popular fighters on the planet, as much for what they say outside of the cage as...