Conor McGregor is the Real Winner of UFC 229

When a fighter retires, there are two things that matter: your total career earnings and your legacy. For most people, one is probably more important than the other. Here’s a clue: a legacy doesn’t pay the bills or set your grandchildren up for life. Prizefighters compete first and foremost because they’re good at it, and they can make a buck.

If you think that’s overly cynical, just ask WBC Heavyweight champion, Deontay Wilder, who entered boxing because his daughter was sick and he needed money. Or former UFC light-heavyweight Anthony ‘Rumble’ Johnson, who said he doesn’t like fighting, he’s just very good at it. Obviously, the more you achieve in the sport, the more money you make.

This is why in strictly business terms, Conor McGregor is the biggest winner from UFC 229. Yes, we know he suffered a proper beatdown by Khabib Nurmagamedov, but considering he’s set to walk away with around $30 million, and with a rematch on the cards, this is a win for the Dubliner.

Everything about UFC 229 was record-breaking. Early estimates suggest that the event has smashed the previous record of pay-per-view buys by almost a million, with a total of about 2.5 million pay-per-views. McGregor demonstrated his star power in front of the world.

He also earned the biggest disclosed purse in the history of the UFC. The base figure is $3 million dollars. Add in sponsorships and that’s going to be somewhere between $30 and $50 million. Those figures are astronomical for an MMA fighter. Compare it to the co-main event where former interim champion Tony Ferguson walked away with $155,000, after a win bonus. Insanity.

It was also a massive success for McGregor because it got the world talking about his new whiskey, Proper Twelve. He’s not the only fighter to have their fingers in other businesses – but has Al Iaquinta’s Real Estate agency ever been an official sponsor of a UFC event? No way. McGregor had that external promotion negotiated into his contract and it could be the most lucrative move he’s ever made.

”The last thing he needs to worry about is his check,” White told TMZ. “The whiskey thing is probably going to make this kid a billion dollars. They can’t keep his Proper 12 whiskey, they can’t keep it off the shelves. It’s flying off the shelves. All the casinos around here are not only serving it, selling it. He’s killing it and good for him.” 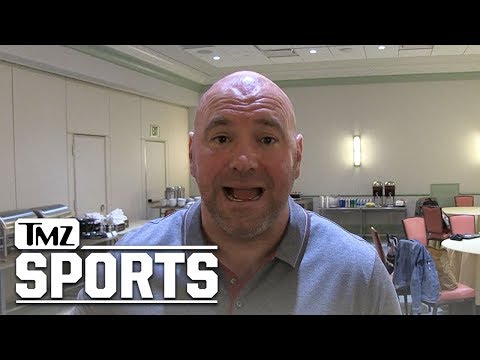 You might disagree with this, but it could be argued that McGregor was actually extremely lucky that the brawl took place after the event. It definitely deflected attention away from his oddly sluggish performance and the fact that he was convincingly (and in round 2 brutally) beaten by Khabib. More media attention has been given to the brawl than actually analyzing the result.

Khabib – in his rage – has created the impetus for a rematch. The grudge between the two camps remains fiery hot. If Khabib had just accepted his belt and walked away as champion, with McGregor disconsolate on the floor, that would have been the image we remember. But now he’s actually given ‘The Notorious’ a claim to a rematch.

This will mean even more money for the Notorious. He has the legacy sorted as the first champion to hold two belts simultaneously in the history of the promotion. Now it’s all about milking the coffers of the UFC. Khabib won’t break 2.5 million pay-per-views with any other opponent. Even though he lost, this is still a major win for the Irishman.