After an iconic career in mixed martial arts, Tito Ortiz returned for his final fight last night. Appearing in the main event of Bellator 170, Ortiz faced fellow UFC vet Chael Sonnen. The fight would not make it out of the first round.

Although Sonnen managed to get some top control in the opening exchanges, Ortiz eventually sunk in a fight-ending choke. After 20 years of competing in MMA, ‘The Huntington Beach Bad Boy’ waved goodbye.

But why the controversy?

Before the dust has even settled on the Bellator 170 main event, controversial accusations arise. Multiple angles of the Ortiz vs. Sonnen fight have led to many fans questioning the legitimacy of the bout.

Looking at the following video, it appears Ortiz taps twice while in a choke attempt from Sonnen. Each time ‘The American Gangster’ changes position, until Ortiz ends up on top. Check out this video replay: 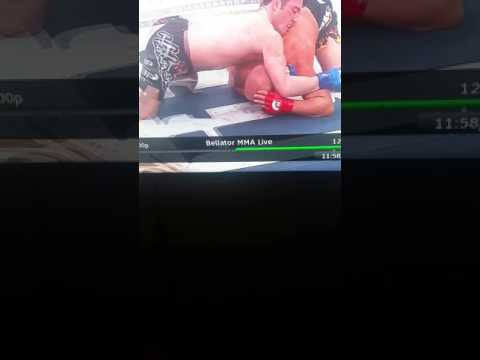 As mentioned, this wouldn’t be the first time Bellator, or even Chael Sonnen had been accused of shady business.