On Saturday night, Cristiane “Cyborg” Justino proved once again she is the most dominant woman in the world at 145lbs. Not long after, she would once again have to fend off insults about her appearance and criticisms regarding her prior use of performance-enhancing drugs.

It’s nothing new for Cyborg, she’s been dealing with insults and accusations from Dana White, Ronda Rousey, Angela Magana, and many other MMA personalities and pundits over the years. There is no reason why this would change following her victory over a game Holly Holm at UFC 219.

Perhaps the most notable case of an MMA personality insulting Cyborg’s appearance was in 2014 when Dana White famously described her as looking like “Wanderlei Silva in a dress and heels”. 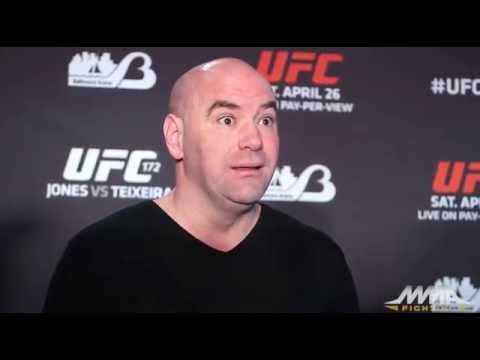 Dana White on Cyborg: Wanderlei Silva in a Dress

Wanderlei Silva has yet to respond publically to the comparisons…

Now a member of the Jackson-Wink team has joined the ranks of those who have insulted Cyborg. Photographer, Mark Aragon took to social media following UFC 219 and insinuated the women’s featherweight champion is actually a man.

The photographer associated with the Jackson-Wink team left the following remarks in his post’s comments section:

“This dude (Cyborg) is tough as hell! That being said, at the press conference, he said Holly is the 1st one to make his nose bleed! You are my hero @HollyHolm see you back in the gym! #UFC219”

Cyborg issued the following response below:

After the backlash to their photographer began, Team Jackson-Wink issued the following sorry-not-sorry response:

“In response to our media person’s recent Instagram remark about Cyborg, there is a backstory as to why he made his comment. After Cyborg’s victory, she was heard backstage by our media guy calling Holly a “B**ch” and laughing at a photo depicting her own toe in Holly’s eye. They were heard mocking Holly’s performance. Our media guy was defensive of our fighter and space and he used Cyborg’s past history of steroid use in a knee-jerk response. We were unaware of all the backstage talk and his response on a public forum until yesterday. He regrets putting JW in this position. We don’t condone putting others down. Congratulations to Cyborg and her team and we look forward to a rematch.”

Aargon has also issued an apology since his original post. Cyborg responded that she accepts Aragon’s apology but wishes he has his press credentials revoked for future UFC events.

Gentleman Jeff - Sep 15, 2016 0
There's not much better in MMA than when a fighter is on the bring of being finished, only to gut through it and comeback...

WATCH: Conor McGregor Gets Released From a Miami Jail