UFC President Dana White Took His Feud With Cris Cyborg to the Next Level… Apparently, She’s a Nightmare and a Liar…

Unfortunately, we’re probably never going to see the rematch between Amanda Nunes and Cris Cyborg. Former UFC, Strikeforce and Invicta champion Cyborg is a free agent after her release from the UFC. She fought out her contract and is testing the open market after an open and aggressive feud with the promotion.

It’s got very personal between her and the UFC President Dana White. She accused him of lying after he stated that she was afraid to fight Amanda Nunes. That led to her releasing doctored footage of an exchange between the two which has since caused him to say she’s free to go on her way.

Now he’s launched an even more direct attack on her character, describing her as a nightmare and a liar. Read on below. 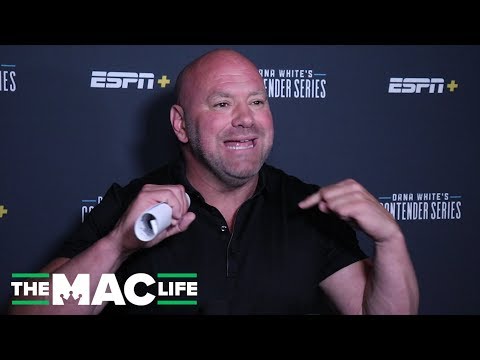 Their shocking relationship has been well-documented but White rubbed salt into Cyborg’s wounds in an interview recorded by The MacLife. He called her a ‘nightmare’ to deal with and accused her of lying the whole time through their dealings.

“Dealing with her has been a nightmare the entire time she’s been here,” White told reporters. “And I said the other day in the interview with Laura [Sanko], there was a lot of controversy bringing her in in the first place at that time. When I did the interview with Laura, we really didn’t mention the whole her lying on the video about what I said. Her ‘production team’ lying about what I said on the video. It’s been a bad experience dealing with Cyborg from day one.”

The UFC boss also went deep into Cyborg’s dubious past with steroids, insisting that without the backing of the world’s biggest MMA promotion she’d never have cleaned up her act and been able to compete fairly without any questions. She tested positive in 2012 but signed for the UFC in 2015. White said:

”We brought her in after she tested positive for steroids and got done with that. We made her a clean athlete with the best drug testing policy in all of sports the entire time she was here which, when she talks about her legacy and her brand, her legacy and her brand, nothing is better than knowing that she’s a clean athlete after testing positive for steroids and all the negativity that surrounded her about being a dirty athlete.”

White insists that the Brazilian icon just was never happy with anything that the UFC tried to do for her. Of course, there are definitely two sides to every story and it must be noted that she was infuriated by their refusal to build a proper division around her as they did with Ronda Rousey. White said:

”We bring her in here, we do all this stuff, and she was just never happy. Never happy, complaining about everything. She was a nightmare to deal with it and at the end of the day, she knows, I know, Amanda Nunes knows, I tried to make that Nunes fight and she doesn’t want it.”

Both parties definitely didn’t help each other. It’s a pity we won’t get the Cyborg v Nunes rematch but they’re better off apart.

WATCH: MMA Fighter Poops Himself While Getting Choked Out