What Happens When a Joke Goes Too Far? You End Up in Handcuffs… And Not the Fun Kind… Don’t Try Going Randy Orton on Your Teacher…

Back in the good old days, if you were stupid enough to put hands on one of your teachers, you would probably find yourself getting beat around the place with a stick. You just would not go there because you would be too afraid of the consequences. But now we live in an era where everybody presses charges over the most minor of things.

One teenager found out the hard way that you just cannot put hands on anyone these days – not even if you’re just joking. Gianny Sosa was arrested for trying to put an RKO on his head teacher Humberto Miret at Southridge Senior High School in Florida, as reported by the Miami Herald.

Watch the clip below of Sosa trying to go full Randy Orton on his school principal and the bizarre showdown in court after he was arrested for the relatively innocuous incident.

Defence attorney Roy Uturga described the case as  “hands down one of the most insane” he had ever seen. He explained to the judge that the move came from professional wrestling, as opposed to Greco-Roman wrestling, and was intended as a joke.

As you can see from the clip above, Sosa barely even manages to put hands on his headteacher before Miret turns around and grapples aggressively with him. Uturga said that it should have resulted in detention after school, not something as dramatic and life affecting as an actual arrest. The man has got a point. 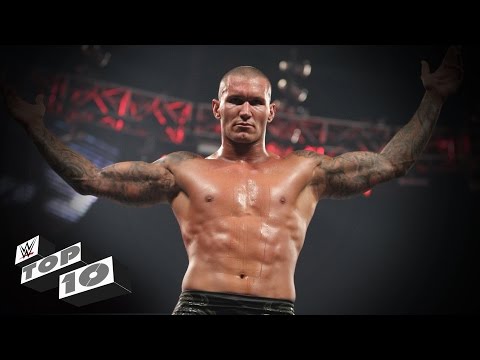 Sosa was extremely apologetic for his actions. He explained that he wasn’t trying to cause any physical harm to Miret, and was just trying to have a joke. He also alleged that they had joked around in the past. While he acknowledged that Miret might have been justified in feeling threatened, he thought the arrest was excessive. He explained:

“What I did, it wasn’t intentional. I wasn’t trying to hurt nobody. I understand he had to use some force ‘cause he might be worried, but the situation escalated when he took me into a private classroom with no cameras and continued to use force.”

Why didn’t the teacher just reverse it with a tombstone attempt?

The local governing board definitely did not share Sosa’s sense of humour. You can see how ridiculous the world has gone by the statement they issued, which you can read below:

“Miami-Dade County Public Schools works diligently to cultivate a safe learning and working environment for students and staff. It’s unfortunate that anyone would instigate a situation for self-promotion that could bring harm to others. Instances of disruptive and threatening behaviour will be handled swiftly and result in severe consequences. In addition to an arrest, the student’s lack of judgement will result in disciplinary actions in accordance with our Code of Student Conduct.”

Just hit him a few times with a cane. That will teach him. Sosa was released on $750 bond.

Top 7 Soccer Shooting Drills That You Need to Try

The Four Worst UFC Champions of All Time

Gentleman Jeff - Jun 16, 2016 2
A few notes about how this list was calculated before we begin: In order to qualify for this list a fighter must have been an...

Georges St-Pierre Explains Why He Could Fight Conor McGregor Next