In 2016 USADA has already tested 562 UFC fighters, for a total of 1761 total tests. And while these are sometimes referred to as “random”, they are just as often precisely targeted. USADA does not hide the fact that they will test some fighters more than others.

In this article we take a look at the fighters who USADA tests more than others, and we also throw in some names who are not getting tested as much as you might think.

One guy who isn’t getting tested all that much is Nick Diaz. The often suspended Diaz has only been tested twice in 2016, which is basically the minimum for anyone who has been in the testing pool the whole year. In comparison, Nick’s brother Nate has been tested 9 times. And in case you were wondering Conor McGregor has been tested 8 times, which for a guy who will fight 3 times this year, is a touch on the low side.

Perhaps one reason why Nick has been tested so infrequently is due to his past behaviour towards USADA testing officials. Back in August Diaz was involved in a verbal altercation with a USADA representative.

Dan Henderson led all fighters tested by USADA in the 3rd quarter of 2016, having been tested 8 times. Between January and July however, he was only tested twice, bringing his year-to-date total to 10.

Hendo was the first high profile mixed martial artist to receive a testosterone replacement therapy exemption, when he received one in 2007. This is something Michael Bisping brought up quite a bit in the build up to their fight at UFC 204. Evidently USADA didn’t want a 46 year old man to embarrass their operations by walking into the cage looking like he did back in Pride.

Looks like Dan passed every one of those tests and may never have to take one again. If Henderson is indeed going to retire he will be removed from the USADA testing pool. It doesn’t appear as though this has happened yet.

Michael Bisping, Hendo’s opponent at 204, was only tested twice during that same period, but has been tested 9x throughout the year. 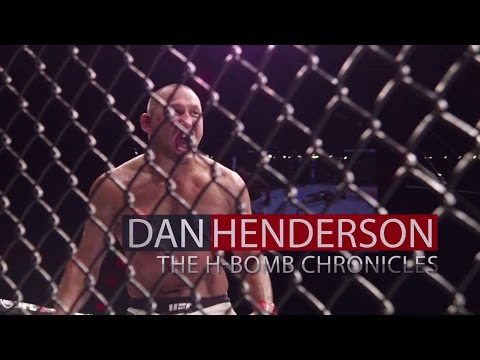 Darren - Oct 24, 2020 0
Khabib Nurmagamedov v Justin Gaethje is official after both men successfully made weight in Abu Dhabi. They will fight for the undisputed lightweight title...