UFC President Dana White is against a third McGregor-Diaz bout, despite the fact that the first two fights brought in big money for the promotion and that a third encounter would undoubtedly do just as well.

Diaz beat McGregor in their first bout at UFC 196, coming from behind to win via rear naked choke, shocking the pro-McGregor fans who lined the seats inside the stadium. McGregor exacted revenge in the rematch at UFC 202, in a grueling five-round contest.

Needless to say, fans are definitely down with a rubber match although White isn’t having it.

Dana White is Against McGregor-Diaz III

“You can’t do three,” said White. ““Here’s the thing, Conor McGregor is this guy where if a fight falls out, this guy will step up. He doesn’t give a s**t. He’s legitimately that guy. I’ve been on the phone and I’ve stood in the living room many times and looked guys in the face when their opponent pulls out, nobody faces that adversity the way that Conor McGregor does.

“It’s awesome and it makes me respect him very much.”

Despite knowing that a third McGregor-Diaz bout would be absolute blockbuster, White says he doesn’t like the size disparity between the two.

“[Conor] ends up saying ‘let’s do this Nate Diaz thing’ and dude he’s two weight classes heavier than you and he doesn’t care. So we do the fight,” said White.

“So I don’t know. 1-1’s good, they shouldn’t have fought in the first place. We’ll see what happens.”

White then went on to admit that he lets Conor be Conor most of the time because, well, the guy is amazing.

“That’s why I give this guy way more rope than I give anybody else,” said White. 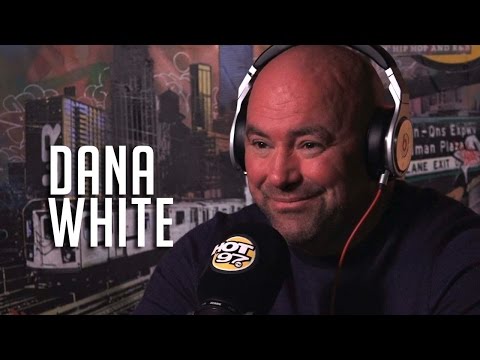 These Stunning Knockouts Are The Reason Conor McGregor Is A Superstar

Salvador Sanchez - Nov 27, 2015 0
Watch these Conor McGregor knockout videos as we prepare for UFC 194. See why McGregor is such a superstar, including this rare footage of his...

Canelo Alvarez exits his contract and is now a free agent