Dana White recently took part in interview with ESPN and addressed the rumors of a potential bout between Conor McGregor and Georges St. Pierre. The UFC President’s reaction to the potential bout summarizes the promotion’s changing views towards “Money Fights.”

Some have called a potential bout between the two former multiple weight-class champions the biggest fight the promotion could make in 2018. Others, however, have suggested that booking Conor vs GSP would run counter to the wishes of MMA fans who were vocally critical of such fights in 2017.

Earlier this week, GSP’s coach, Firas Zahabi, told reporters he has been asking the UFC for a bout between Conor and GSP for some time now:

“It would probably be the biggest fight in UFC history and MMA history,” he added. “And that record wouldn’t be broken for ten years. So why not do it?”

“He’s got the touch of death in his hands. He knows what he’s doing, he’s highly intelligent, highly captivated, he’s extremely dangerous,” Zahabi said of the UFC lightweight champion. “And I don’t think he fears anybody.”

“So I think him and Georges would be a phenomenal fight.”

Based on comments made by members of Georges St. Pierre’s team, it appears Conor has been the fight they have been hoping for ever since returning to the sport.

Here is what Freddie Roach, who cornered GSP against Bisping, had to say on the matter:

“With the last fight, we’re hoping (for it) to be (Conor) McGregor.” 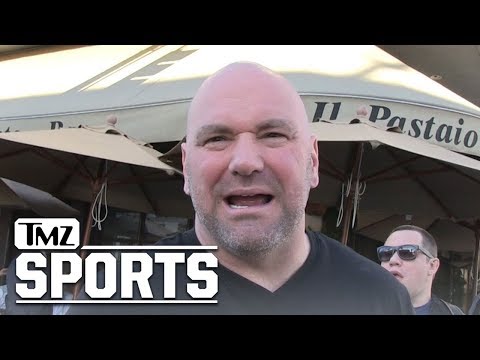 This is not the 1st time Dana White has fielded rumors of a potential bout between these two fighters. He was asked by TMZ sports earlier this year if he feels as though Conor versus George is a fight which fans can expect sometime in the future. Here is what White had to say:

When asked what the status of the potential bout was, here are White’s comments:

“There is no status,” White told ESPN. “I knew what he was doing. That’s why I put [a mandatory title defense] into his contract. We both knew what was going on.

“I don’t know, man. I don’t think the guy wants to fight. I think he jumped in, grabbed some cash and went back to Canada.”

John - Jan 26, 2021 0
There is no argument that Robert Whittaker is a savage for taking up another risky fight, when he is already due for a title...

Video: We Remember The Greatest Through His Words