It Was One of the Wackiest Rumours of 2018… And Now it Looks Like it’s Been Totally Squashed as Dana White Confirms That He’s Not Letting Khabib Nurmagamedov Fight Floyd Mayweather… Unless it’s in a ‘Real Fight.’

Khabib Nurmagamedov has the world at his feet right now. That’s what happens when you dominate Conor McGregor in front of millions of people and then make a huge spectacle out of defending your brothers in arms. The Dagestani fighter from Russia is taking his time to be very careful about his next move. Every decision he makes could be worth millions to him either way.

While it is believed that negotiations are underway for a fight against Georges St. Pierre – potentially at 165lbs – one of the craziest stories of the year was that Khabib was trying to fight Floyd Mayweather and earn a massive payday from the world of boxing, just like the pair’s former mutual opponent McGregor did.

Now UFC President Dana White has responded. You might not want to get your hopes up too much. This time he seems serious about it.

Dana White is notoriously reluctant to deal with promoters outside of the UFC. That’s what made last week’s deal between the UFC and ONE, to trade Demetrious Johnson and Ben Askren so stunning. He has had fallouts with Scott Coker, Steve Espinoza, and half of his own roster. White likes to be the boss. He had this message for Floyd: 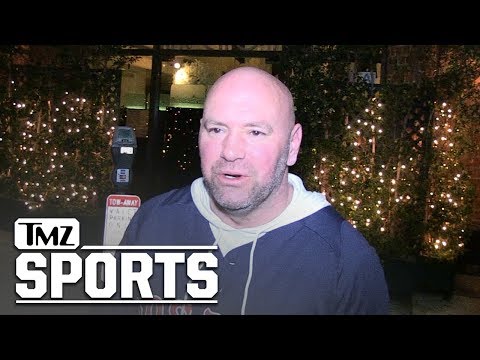 If you remember back to last year, there was the absolutely ludicrous rumour, that we basically got tired of covering, that Floyd Mayweather was set to make his MMA debut. Yeah right – a 41-year-old retired boxer putting his reputation on the line to definitely get mauled by somebody in a cage. It’s not going to happen.

There was also the story that Tyron Woodley was going to train him. This was spread by T-Wood who seems to have some sort of contract with TMZ because he is always chatting to them. It’s great to have friends. It evolved into a story that Mayweather would fight McGregor under some sort of hybrid boxing/MMA rules, without leg kicks but with increased use of the clinch. Absolute nonsense.

It’s not going to happen because Khabib hasn’t shown the boxing ability to hang with an elite fighter like Mayweather, nor has he the charismatic personality to convince us that he has – as McGregor did. He’s a wonderful fighter but under MMA rules.

Much more likely is that Khabib fights Georges St. Pierre in a super fight between two icons of MMA. Both men are two of the most dominant fighters of their respective eras. It’s the fight to make.

How Do Casinos Prevent the Gaming Addiction of Players?

Scrapdigest - Feb 17, 2021 0
Many people face gambling addiction and can happen to anybody. No matter whether you are betting on sports, roulette, scratch cards, video poker, or...

10 UFC Stars Who Were Concussed Before Fights

Pics: Jon Jones Body For UFC 214 is…Slightly Different Than Before

Alexander Gustafsson Goes Off On Jon Jones After Huge Knockout

The AMAZING Story of the UFC Flyweight Division