UFC President Dana White wants the former UFC light-heavyweight champion to retire after his gruesome loss against Paul Craig. Dana said, “Shogun looked old and like a shell of his former self tonight”. 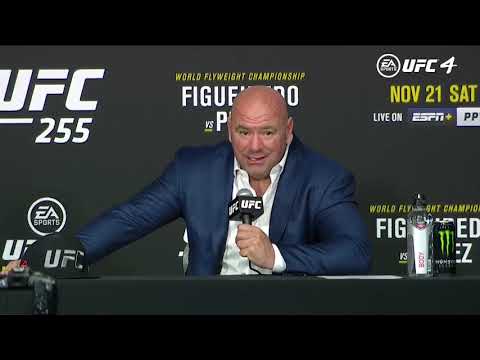 Following the loss of Anderson Silva, Dana also indicated that they will not offer Silva another contract. A few weeks later, it was announced that Silva will not be fighting in the UFC anymore. Silva who is also in the GOAT conversation still wants to fight but is it safe for him to fight.

Veteran fighters sometimes don’t know when to hang it up. Silva said after his loss that he loves fighting and the sport too much. It is difficult for him as he will miss the competition and adrenaline of the fight game. Silva’s last fight was against Uriah Hall in which he looked slow and not as sharp as his prime self.

Shogun Rua who may not have the best resume still has the case for being one of the most accomplished fighters. No one can take away that Rua was a great fighter that accomplished a lot in the sport. Prior to Jones, He knocked out Machida who many thoughts was the Machida Era that time and is the future of the division.

So in order to make it up for Rua, the UFC set up another rematch for Machida vs Rua. Rua said that this time he won’t leave it in the judge’s hands. That is what he did, Rua knocked out Machida in under one round winning the Lightheavyweight title.

Prior to the UFC, Rua was already a big name in Japan. He won the 2005 Pride Middleweight Grand Prix which means he beat up all the contenders in bracket-style matches. During that time, Pride was known to have better fighters than the UFC so technically Rua was the best middleweight on the planet during that time.

In the 2005 Pride Grand Prix, most of his opponents had their fair share of success in the MMA World. He beat Quinton “Rampage” Jackson (Former UFC LHW Champion), Antonio Nogueira, Alistair Overeem, and Ricardo Arona. Rua did not have an easy route to the Grand Prix as he fought top contenders but still won in the end.

Unfortunately, when Rua won the LHW title, the greatest LHW Jon Jones was his first opponent and everyone knew the outcome. Jones demolished him in a one-sided beating and made him tap to strikes. Jones went on to dominate the LHW division which made no other fighter had a chance of getting the belt.

Another great moment to remember Rua’s legacy was his fights against Dan Henderson. Many thought to be the fight of the decade, due to the outcome of the fight. It was a back and forth bloody match that had many good moments. Though Henderson won both fights, it was still a fight that will be remembered for the ages to come.

If Dana White and the UFC want Rua to retire, they should not offer him another contract and release him from his current. Treat him the way they treated Anderson Silva’s last fight. No one wants to see Rua get another beating.