It’s incredible the lack of interest that Dana White seems to have in Nate Diaz’s situation. Typically, the UFC President is known for his blunt and often counterproductively aggressive reactions when a fighter speaks out against the script. So far he hasn’t tried to shut Diaz down at all.

Diaz is set to fight Dustin Poirier at UFC 230 in Madison Square Garden, New York, on November 3. At least we hope he is. He’s been out for two years since dropping a very close decision call to Conor McGregor in their rematch at UFC 202. Since then he’s been pushing for the trilogy fight but Khabib Nurmagamedov has stolen his thunder.

Now he’s back in line. But he’s not happy that he’s not fighting in the co-main event under Khabib v McGregor at UFC 229. Why not? Pay-per-view bonuses of course. A McGregor fight is a massive payday. Anyway, Dana White has given his take and he’s not biting.

I’m not fighting on that show fuk the @ufc

It all kicked off when Diaz tweeted that he wasn’t going to fight Poirier at UFC 230 anymore. He also told TMZ that McGregor and Khabib were both his “b***h’s”. Basically, he feels like the UFC has played him. He said:

“I had a lawsuit so I wasn’t able to fight, and Dana said I turned down all these fights. When Conor had a lawsuit from the Mayweather fight, Dana said ‘oh Conor can’t fight because of the lawsuit.’ He had Conor’s back like that but not mine. UFC “better start acting right and start over-promoting instead of under promoting.”

Diaz’s problem is that he doesn’t have anything to offer right now. McGregor v Nurmagamedov is a way bigger fight. It’s not the UFC’s fault that he isn’t a champion or that he got involved in a lawsuit and isn’t worth $100 million. Diaz is being naive. That’s the reality. The fight game is a cut-throat business.

Dana White really doesn’t care. He’s given his reaction at the UFC 227 post-fight press conference and in subsequent interviews. He’s not biting Diaz’s bait and seems ready to let him simmer until he realizes that he has no other option except to fight Poirier if he wants to stay relevant. White said:

“You tell me if everything’s alright with Nate Diaz. You know way more athan I do. If you can decipher that code, call me tomorrow and let me know. No (I haven’t spoken to him since he posted the tweet). What are we going to talk about? His lawsuit? I don’t know. I don’t know what he’s talking about.” 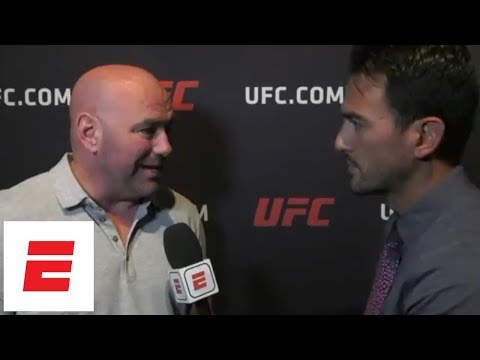 Something that many people overlook is that UFC 230 remains without an official main event. Surely, Diaz must have been told who they were trying to get, as negotiations proceeded. It’s believed that they’ve offered Georges St. Pierre a fight against Anderson Silva, but ‘Rush’ remains unconvinced and wants the winner of McGregor v Khabib.

St. Pierre is a ‘champ-champ,’ and we know that they get what they want. Diaz could end up being pushed further down the line. Ironically, the Stockton fighter rejected a fight against the Canadian legend. Could that be a pivotal mistake in his career?

UFC 268 preview: Who are the sportsbooks backing?