Everyone is talking about Floyd Mayweather joining the UFC. Since his fight in the boxing ring against Conor McGregor last year, Mayweather has been teasing a debut for the world’s largest MMA promotion.

In many ways, Mayweather crossing over to the UFC is even more unfathomable than McGregor going to boxing. ‘Money’ recently stated he would need ‘six to eight months’ to train for a UFC debut. It’s questionable whether he actually meant years rather than months.

Without having an extensive background in grappling of some sort, Mayweather joining the UFC is perhaps even more ill-fated than CM Punk’s venture into actual fighting. That said, Punk has another fight coming up.

The undefeated boxer would likely earn astronomical figures by fighting for the UFC, outweighing the almost inevitable takedown and submission he would suffer in the opening seconds.

Although a rematch with Conor McGregor would seem the more likely option, many other fighters have been offering their services as Floyd’s first MMA opponent. Needless to say, this would be easy work for even a low tier MMA fighter.

Ex-champion Dominick Cruz could probably beat Mayweather half to death in the Octagon with one arm tied behind his back. In fact, that’s exactly what he has offered to do: 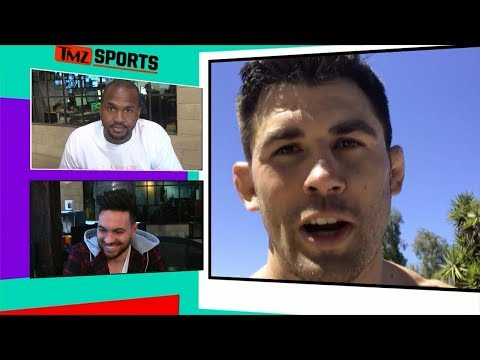 “I would say that if Floyd Mayweather needs six to eight months to prepare for his first MMA fight and he wants to fight one of the best in the world, I could make that with one arm and fight him.” Cruz said. “And that is just the way it is, because he only has two tools. He doesn’t have the other eight.”

Discussing Floyd Mayweather joining the world of MMA, UFC commentator Joe Rogan had an interesting take on the undefeated boxer trying his hands at a new sport:

“Conor’s going to kick his (expletive) legs out; he doesn’t have any chance. Then if he decides to shoot in and clinch, he’s going to clinch and he’s going to rag doll him.”

“CM Punk is a guy who was wrestling at like 190 pounds, cut weight to get to 170 to fight in the UFC,” said Rogan. “He’s not on anything. I’m pretty sure, at least according to everyone I’ve talked to everyone that knows anything about him, he’s clean”.

“I think Mayweather is going to make half a billion dollars if he fights in MMA – half a billion,” Rogan said. “It’s really possible. They really might rake it in with that fight. Floyd might be willing to do it. I think you could sell it. I think if Conor gave five, six months for a training camp. I can’t wait.”

Darren - Jun 8, 2018 0
Nasty Scenes Occurred at PFL 1 With Khabib Nurmagamedov's Manager Ali Abdelaziz and UFC Fighter Kamaru Usman Involved... What is it with MMA personalities and...