Deontay Wilder Says He’s Not Making Excuses, But His Excuse is That He Broke His Arm Before Fighting Tyson Fury…

Deontay Wilder’s heavyweight clash with the charismatic and divisive British fighter Tyson Fury lived up to expectations. We had a phenomenal performance from ‘The Gypsy King,’ dominating and landing more punches, despite throwing less. We saw him rise from the dead after being floored by the ludicrously powerful ‘Bronze Bomber.’

Wilder’s power is without a doubt his biggest asset. He has fought 41 times, knocking out 39 of his previous opponents. Fury is only the second man to take him the distance, which is some testament to his ability. Wilder actually looked quite one-dimensional and it would be interesting to see how he would deal with a sharper Fury – possibly in the rematch.

Now Wilder is blaming his somewhat limited performance on a broken arm that he suffered in training. He explained it in a recent interview with ES News. 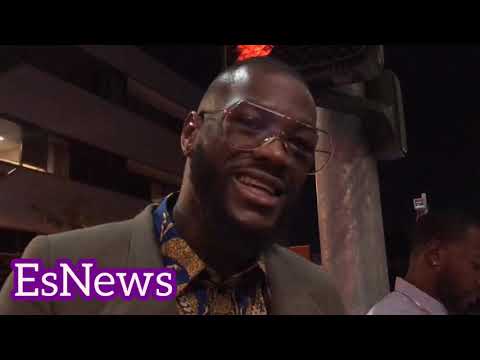 According to Wilder, his ability to train was curtailed by a devastating injury that he suffered in training. He doesn’t want to make excuses, which is why he’s making excuses. He said:

“A lot of people don’t know, 12 weeks before camp I broke my arm, we kept that a secret, surgery and everything. I broke my arm from my wrist to elbow, I was sparring, getting ready and I was getting the best of my sparring partner, I was going to the body, he turned his elbow out and my bones and his elbow went in like a hammer to a nail. It just broke it.”

“We wanted to keep that sewed up, you know, we don’t make excuses, that whole camp we rallied through and I barely threw any punches my whole camp. So that could also have been another reason, with the being anxious to want to get Fury out so badly, having so much pressure on me with the pay-per-view.”

Wilder followed this up with a post on Instagram, saying that fans did not get to see the best version of him. He wrote:

“When you put the best against the best, exciting things happen. I take nothing away from this fight but we won this fight. To beat the champion you must dominate the champ and to me I was the more aggressive fighter and landed the more effective punches. You saw the best Fury but you did not get the best Wilder and I still managed to get the job done.”

Clearly, though, this wasn’t the best version of Fury. That’s the frightening fact. After two warm-up fights since his return against limited opposition, many people believe that he should have taken one more. Fans were actually quite surprised that he looked so good after so long since fighting a quality opponent. 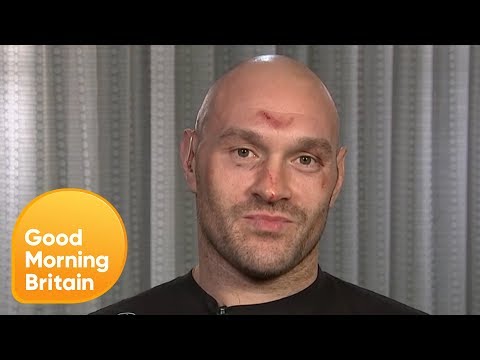 A rematch looks like it will be on the cards with fans hoping that the WBC will make Tyson Fury, Wilder’s next mandatory challenger. Third wheel Anthony Joshua has also gone back-and-forth with the two men, and it is possible that he could get involved with one or the other of them.

Fury will definitely fancy his chances against either of them. Right now Wilder has it all to prove that he is the legitimate heavyweight champion. Fans are not convinced.

The Change In Georges St-Pierre’s Body Since Last Week Is INSANE!