McGregor’s celebrated trainer believes that the match-up between his ward and Mayweather might happen in 2017. Both men recently went back-and-forth calling out each other earlier this year.

“If the odds were good enough, I’d put a few quid on it for next year,” Kavanagh said in an interview with Cork’s RedFM.

Mayweather and McGregor Could Fight Next Year Says Kavanagh

Fervent buzz of pitting the Irish MMA superstar with the undefeated boxer started to swirl following a report by British outlet The Sun this past May.

Since the news broke out, both men kept on fanning the flames of a projected showdown on New Year’s Eve in Las Vegas, Nevada.

Mayweather sat down with Showtime’s Steve Farhood in May. Mayweather at the time made the much-anticipated boxing match with the 28-year-old Irishman sound like a real possibility.

The boxer also extended a $50 million flat fee offer to McGregor’s camp. It was half of what the boxer is expected to receive to come out of retirement.

Mayweather-McGregor Could Break All Financial Records

Despite the countless tease of a boxing match, fans never saw the fight materialize. Instead, McGregor returned tothe Octagon to fight Nate Diaz in a rematch last August.

According to Kavanagh, he won’t be surprised if the fight happens next year. He cites fans’ rapidly growing interest for the matchup as the biggest factor. A Mayweather-McGregor crossover bout, if made, is projected to shatter all sorts of financial records.

“For Mayweather, he is 49-0. I am sure he wants that 50th win. It’s a nice number. Right now, as an average guy on the street, who do we want to see Mayweather fight? What fight will get the most kind of interest? It will be a super-fight with Conor,” he said.

Never in the history of combat sports has there been a crossover bout the magnitude of a potential Mayweather-McGregor matchup. Boxing has long been a high-profile, high-revenue sport. MMA has just recently entered this fold and in some ways has taken over boxing. 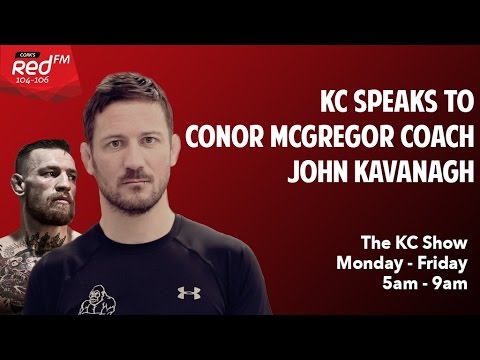 Both Mayweather and McGregor are in a unique position to make history. Let’s see if they do so next year.