Prior to Usman’s rise to becoming the best welterweight in the world, he had a sad story behind the scenes where he never even revealed until he was at the top of the sport. It was about his father who was jailed where he served 10 of the 15 years he was sentenced to.

It was tough for Kamaru and his family since they were still young and to not be able to see their father everyday is a heartbreaking, but it made Kamaru motivated to chase his dreams even more. 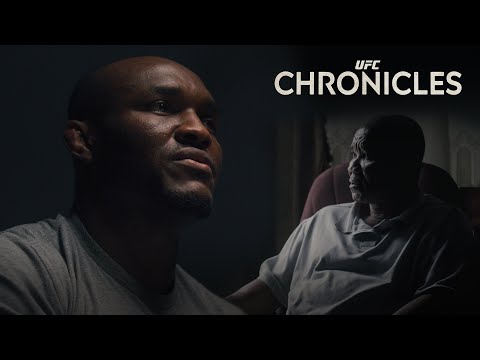 He wrestled in his early days, he may not have been the best wrestler but he was still good enough. In his MMA run, he only suffered one loss and it was in his second pro fight. After accumulating a few more wins, he got signed by the UFC where he made his run.

Kamaru requested the UFC that he will only fight on a non-PPV card so that his father could watch him on TV. He never fought on a PPV card until it was for the title. Many assumed that the UFC put him on a free tv because he was not a draw, but the story behind it is heartwarming. It was the only way his father could see him fight.

The tragic incident probably molded Usman to become the best in his craft. After knocking out Jorge Masvidal, Kamaru wrapped his belt on his father which shows how much he loved his father and his family. Usman may have lacked charisma before but after knowing his story, it is hard not to root for him.