The new UFC lightweight champion doesn’t care what legal trouble Conor McGregor is in. He doesn’t want to know about the problems the ‘Notorious’ has with the UFC. All he wants is to stand opposite McGregor in a cage and prove once and for all who the better fighter.

That’s the message Khabib Nurmagamedov sent out after his dominant win over Al Iaquinta at UFC 223. The Russian fighter won in dominant style, by unanimous judge’s decision after delivering five rounds of hell onto his opponent. Sure, Iaquinta landed some hard punches at times, but he never really put ‘the Eagle’ in danger.

Now the Dagestani sambo fighter is considering his future. The new undisputed champion has a couple of targets in mind. He’d love a legacy fight against UFC legend Georges St. Pierre. But first, he has some unfinished business to take care of. His feud with McGregor needs an ending.

It’s hard to believe, but Conor McGregor and Khabib Nurmagamedov were once on very friendly terms. That was a long time ago, back when the Irishman was tearing up the featherweight division. Since McGregor made the step up to lightweight and became champion, their paths were always going to cross, and matters finally came to a head.

After Nurmagamedov and his team tried to intimidate McGregor’s training partner, Artem Lobov, the ‘Notorious’ flew a mob of 20 men over to New York and attacked the media bus the Russian was on. The incident was so ludicrous many people assumed it was actually a promotion for McGregor to take Khabib on in Russia.

It wasn’t. That doesn’t mean Khabib isn’t open to the idea. On the contrary, there is nothing he would like more than to prove that he is the bigger man. In his post-fight interview he said: 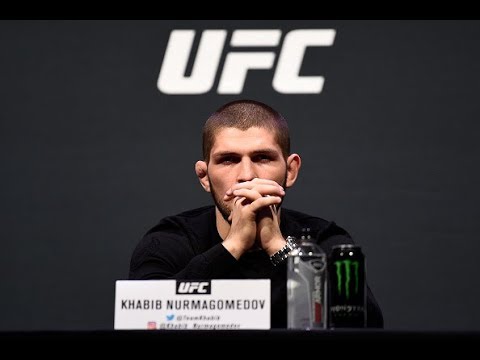 Nurmagamedov is one of the most impressive figures to have ever stepped into the octagon. He’s unbeaten in his MMA career, with an incredible 26-0, including 10 straight wins in the UFC. Many believe that McGregor’s striking would be no match for his dominant top game.

Of course, while the UFC would love to make this fight happen, it’s all dependant on McGregor’s court case in June. If he’s convicted he may never be able to get a work visa to travel to the US again. So far the UFC has yet to take action. As Daniel Cormier said, making him fight Khabib is the worst punishment they can give him.

Salvador Sanchez - Mar 26, 2018 0
UFC 223 sees the lightweight title on the line for the first time in nearly 18 months. Not the interim belt, the unified lightweight...

Joe Rogan Finds Out What Jon Jones Tested Positive For &...

Stipe Miocic will have a different gameplan ahead of Ngannou Rematch