Former UFC Bantamweight Champion, Miesha Tate just made her long awaited comeback and it was really impressive. To not be active in the sport for quite a while and fight a top  ranked fighter is not an easy task to do.

Miesha Tate retired in the sport when she suffered two back to back brutal losses, she said that she did not have “it” anymore. It was sad to see but hunger to win is needed in order to succeed in a sport like MMA.

5 years after her retirement, Miesha Tate made her comeback fight against #12 ranked Marion Reneau. Although Reneau is also riding four fight losing streak prior to fighting Tate, it still a tough fight for Tate especially considering her ring rust.

Tate showcased her grappling skills, she focused more on using her takedown and BJJ which Reneau had no answer. Once Tate got to a dominant position where she got Reneau’s back, it was the end as she wasn’t able to defend the strikes.

After the fight, Reneau applauded Tate’s performance and decided to retire from the sport for good. She left her gloves on the octagon making her retirement official. It is sad to suffer many losses but that is the way of the sport. 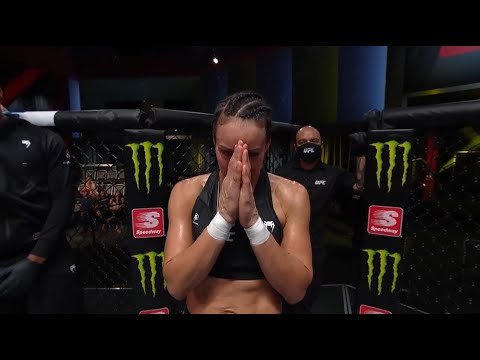 As for Tate, she looked really impressive in her comeback fight. She said that she aims to fight for the title and become a two time bantamweight champion. The current champion, Amanda Nunes was also the one that took Tate’s title, so it will be Tate looking to avenge her title loss against the greatest women mixed martial artist.