Book this one in your diaries, MMA fans, as you absolutely don’t want to miss it…

Within the next 12 hours, fans of combat sports are in for a massive treat. UFC Pittsburgh and Canelo vs. GGG are finally here. Adding to the excitement for these two events is the confirmation of MMA’s hottest new prospects next fight.

Starting with UFC Fight Night 116, here’s our rundown of the best upcoming events this weekend, as well as the headlining story:

And how about Canelo vs. GGG…

Not only is she an absolute stunner in terms of looks, she has hands like sledge hammers. As a boxer, ‘The Heat’ is undefeated at 20-0 (1 NC). She’s won international boxing titles in three weight classes, and is now embarked on a new career path.

Watch Heather Hardy wreck her opponent in her big stage MMA debut at Bellator 180 below. Thanks for reading and be sure to come back soon! 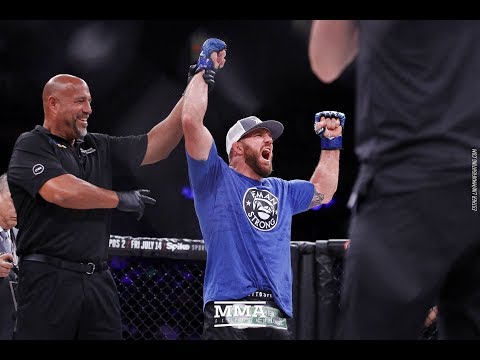 Atilano Diaz - May 6, 2017 1
All this talk is about Floyd Mayweather Jr. taking on Conor McGregor in the boxing ring. No one dare think that Mayweather would be...

Amanda Nunes Explains Why She Pulled Out of UFC 213