Many of sports’ most dramatic moments have involved an underdog overcoming the odds, and MMA is no different. In the 23 years the UFC has been in existence the promotion has seen its fair share of upsets, and those are the moments that this article celebrates.

Putting together this list was difficult, as there have been numerous dramatic and important upsets in UFC’s history.

The criteria for this list involved greater weight being given to upsets that occurred in higher profile fights than those lower on the card, which is actually where the majority of big upsets occur. In fact the biggest upsets seem to occur in championship bouts.

Of all the upsets to ever occur in the UFC, here are the top 7…

This was Shogun’s first fight in Pride, and he was expected to do big things in the UFC. In Pride, Shogun had defeated names such as Alistair Overeem (2x), Rampage Jackson and Kevin Randleman, all of whom were considered a level above Forrest Griffin.

Naturally everyone thought this would be a tune up fight for Shogun, with him eventually going on to meet his old Pride opponent Rampage Jackson for the belt. Only Griffin had other plans.

Coming into this fight Forrest had dropped 2 of his last 4, with a split decision loss to Tito Ortiz, and having been KO’d by Keith Jardine. So it’s not as if he was really setting the world on fire at the time.

Shogun spent the whole fight taking Griffin down, but also tiring himself out in the process. By the 3rd round Shogun was gassed and he allowed Griffin to get his back and choke him out.

Griffin would then go on to beat Rampage Jackson for the championship, whereas Shogun would defeat Mark Coleman and Chuck Liddell before he would get his cracks at Lyoto Machida for the same belt. 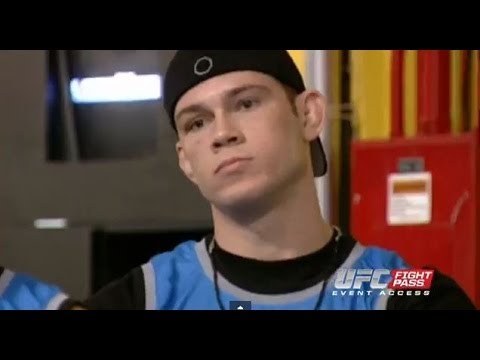 Salvador Sanchez - Aug 7, 2017 0
At 40 years of age, Floyd Mayweather might e in the best shape of his life... Starting as a hardly believable round of trash talk...

UFC still has not vacated Khabib as the Champion