Keep it classy Colby. Everyone’s favorite – well his mother’s probably – welterweight fighter is back at it again on social media. The UFC fighter is one of the most controversial figures in MMA because he has basically talked himself up the ladder. Nothing new there, except he literally has no filter.

When he’s not insulting the entire nation of Brazil, he’s spoiling the end of the new Avenger’s movie. I still haven’t forgiven him for that. Now ‘Chaos’ has decided to do the world a favor and respond to the news that Mackenzie Dern has missed weight by an entire 7 pounds.

Dern is fighting Amanda Bobby Cooper tonight at UFC 224 in Rio de Janeiro, Brazil. You wonder if she got confused because instead of weighing in at the flyweight limit, she’s made it to bantamweight. An embarrassing moment for the American is made worse by the ruthless online response to her professional failure.

First .@MackenzieDern forgets how to speak English. Now she forgets how to make weight. What a slob. Definitely not a 7 & ⬆️. #ufc224 pic.twitter.com/sN8nsdezyS

One thing that Covington can never be accused of is not saying what he thinks. The Clovis, California native’s upcoming interim fight against Rafael dos Anjos was moved from this card to Chicago’s UFC 225.

In words I never thought I’d write, Covington showed the photoshopped evolution of Dern from full human to Miss Piggy from the Muppets. It’s either totally hilarious or incredibly unclassy reaction from a fellow fighter. Make up your own mind. 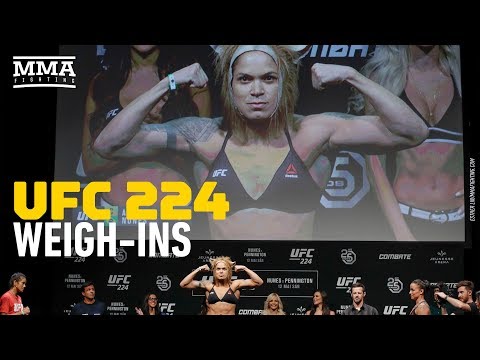 Dern is well known for her weight issues – this is the third time she’s been over the limit – and for having an unusual Brazilian twang to her accent. Covington also targeted both of these in the caption on his Instagram. He wrote:

Dern received a massive promotional push by the UFC over the past couple of weeks. She was identified as the next Ronda Rousey because she’s got a similar grappling game and isn’t afraid to use her looks to her advantage. 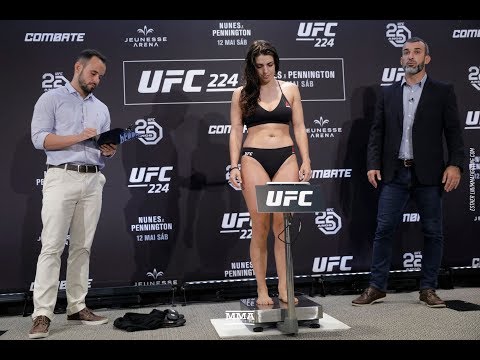 Dern’s fight against Cooper will go ahead, but the pair will fight at a catchweight instead of flyweight. Cooper called Dern a “disgrace to all professionals,” and refused to shake her hand at the ceremonial weigh-ins. It’s quickly turned into a grudge match, and a big opportunity for Cooper to make a statement.

It’s been a rough couple of weeks for Dern. She was asked to leave the MMA Lab, one of the most famous gyms in the U.S, by head coach John Crouch. He felt that she was not suited to the regime style that they have there. Basically Dern wasn’t showing enough dedication for him to work with her.

Despite her problems, Dern is still the bookie’s favorite to win this one, so Cooper might well be worth getting behind. Meanwhile, in the main event, Amanda Nunes takes on Raquel Pennington in a bantamweight title fight. Should be a good one.

Gentleman Jeff - Jun 14, 2016 0
Mixed martial arts is more fun when Brock Lesnar is involved.  When Lesnar first came into the UFC he brought a whole lot of...

Dana White Storms Out Of Nate Diaz Meeting & Blows Up...