In an interview on his upcoming fight, Stipe Miocic revealed that it will be totally different fight compared to their first encounter so that means he needs a different approach to win the fight. 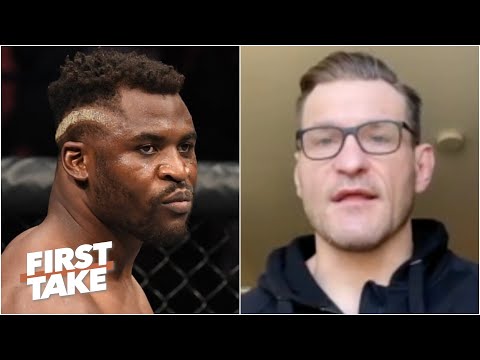 He says that Ngannou has been working his wrestling and grappling that using the same gameplan would be unwise. He also said that fighters need to evolve in order to stay at the top of the sport which is true

Stipe Miocic is considered as the greatest UFC heavyweight champion, mainly because he broke the record for most consecutive title defenses in the division and also who he has beaten to get the title. He has knocked out Werdum, Cormier, and other top heavyweights. What makes it more impressive is that from then till now he is mostly the underdog.

Meanwhile, it will be difficult for Miocic to measure how much Ngannou improved since the data is too little. Ngannou’s fights simply end to fast that it is hard to find anymore flaws.

Though in his fight against Jairzinho Rozenstruik, Ngannou has shown to give away his striking defense to land powerful strikes but it was probably because he knew he could knock him out. He was willing to take some to give some.

What makes Miocic great is how well rounded he is, he could choose to wrestle or strike with you. His wrestling could grapple greats like Daniel Cormier and he could knockout someone as good as JDS or Overeem.

Meanwhile, Ngannou may not have the most complete game but he has the “Eraser”. His punch could literally erase all his mistakes just like the case with Deontay Wilder. Could he possibly land the eraser on his second chance for the title.

Ngannou’s story is like a movie. From doing sand digging at an early age to becoming a top UFC heavyweight contender. The only thing that is lacking is a title which he could possibly win in the rematch. It will not be easy as he is facing the greatest UFC champion, but he is up for the challenge.

What do you think will be Miocic’s gameplan come fight night? Is it a bluff just to play mind games against Ngannou? One possible strategy would be Ngannou will be too focused on the wrestling that Miocic will land his dynamite hand unexepectedly. Either way the fans will likely be on the edge of their seat just like their first encounter.

John - May 11, 2021 0
You won't believe who McGregor said was his easiest opponent. In a twitter post, a fan asked the Irish fighter on who was his...

Is Ryan Garcia ready for Gervonta Davis or Devin Haney?

What is The Best Workout Routine For Fighters?

Deiveson Figueiredo vs. Brandon Moreno 2: SETTLE it once and for...