We’ve seen them flirting on social media, and now it looks like the momentum for this potential fight is growing. Conor McGregor and Donald ‘Cowboy’ Cerrone is the match-up that has fans licking their lips. While nothing has been signed, ‘The Notorious’ has signalled his approval to take on Colorado native Cerrone and it looks very likely.

Now, Owen Roddy, McGregor’s well-known striking coach has explained exactly why he wants the former UFC lightweight and featherweight champion to take on one of the most iconic warriors on the roster. Roddy told Eurobash:

“The Cerrone one, it looks good. It’s a fan-favourite fight. Cerrone comes out and he looks to swing and Conor’s going to be looking to knock him out. The banter beforehand, I don’t see it being as [turbulent], I think it will be funny. Both guys will go back and forth and that will be exciting for fans. I think it would be a very exciting fight.” 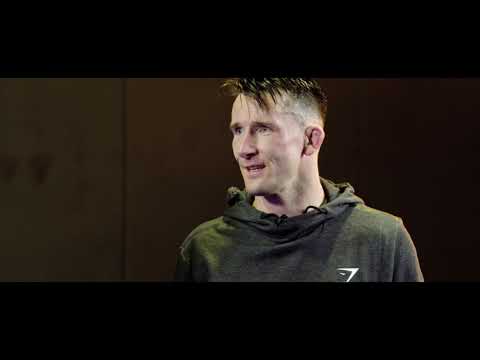 It seems clear that Team McGregor wants to shake off the cobwebs and get some momentum rolling. That’s why Cerrone could be a more attractive opponent than the likes of featherweight king Max Holloway. Quite simply, they definitely think he’s more beatable. He said:

“Holloway is putting the digs in. I saw the post of him the other day in the Jameson [Distillery]…but I don’t know. I think the Cerrone one…because [McGregor and Cerrone] both engaged directly…Conor said he’d do it and then Cerrone said he’d do it…I think that might be in the pipeline.”

“I can’t confirm that 100 percent obviously, but I think the fans would love it. It’s a great fight that people want to see. They can see the two of them in there, standing up and having a bang.”

Roddy is adamant that whatever McGregor wants, as the UFC’s only bonafide superstar, McGregor will get. However, he seems pragmatic about the situation and getting his fellow Irishman back in the win column. He explained:

“Conor is a superstar. He could turn around and say, ‘No, I want to fight Khabib’, and he could probably swing it, just because he can. But when you lose a fight you sometimes have to fight someone else. Again, I don’t know, anything could happen with Conor, but I think [Cerrone] is a good fight. I would enjoy that and I think everyone would enjoy that.

I am thankful for the Nevada athletic commissions fair assessment and handling of the brawl incident.
It was not my intention to land the final blow of the night on my opponent’s blood relative. It’s just how it played out.
I look forward to competing again soon.
Thank you all.

Now that the Nevada Athletic Commission has completed their investigation into the aftermath of UFC 229, and fined Khabib Nurmagamedov ten times more than McGregor, the UFC can finally work on getting him back in action. ‘The Notorious’ will be eligible to return in April.

Will it be against the man with the most wins, finishes, and appearances in the history of the UFC? It’s looking likely…

One of The Scariest Fighters in UFC History Wants to KO...

REPORT: Brock Lesnar Coming Back to The UFC…?

Nate Diaz Being Sued For $1 Million Over Conor McGregor Rematch

10 UFC Stars Who Tarnished Their Own Legacies

How Can I Increase The Aesthetic Appeal Of My Home?

Alexander Gustaffson is out of his fight against Paul Craig