2021 was a tremendous year for MMA and we are already looking forward to 2022 with great anticipation, especially in the Ultimate Fighting Championship. Throughout 2021, UFC made the most money during a calendar year in its history, and therefore, it will take something special to beat that in 2022. With that in mind, what are the top 3 UFC fights that could happen in 2022 and take UFC to the next level?

The good news is we already have some UFC fights penned in for 2022, including the meeting between Francis Ngannou and Ciryl Gane at UFC 270. Gane is the interim UFC heavyweight champion, and he has fantastic defensive skills which could come to the fore in this fight. For Gane to be successful, many onlookers believe his defensive skills will be key and that means a points decision over Ngannou. The pair used to be training partners and it will be interesting to see what they know about each other’s approach and how it affects the fight. Many UFC fans believe Ngannou is going to come out on top and he certainly has the power and shots to out-strike his opponent. This is one of the most intriguing UFC fights already scheduled for 2022 and there is nothing to split them in the betting.

If you fancy a wager on any of the UFC fights in 2022 and beyond, check out these top rated UFC betting apps available in Colorado by clicking on the link. Not only will you find a broad selection of odds but also betting offers you can claim when creating your account at the UFC sportsbook of your choice.

Moving to the middleweight division and two of the best fighters in this bracket will meet again in 2022 as Israel Adesanya takes on Robert Whittaker for a second time. The pair are due to meet at the Toyota Center in Houston in February as the big event of UFC 271. Adesanya, known as the “The Last Stylebender” is the current middleweight titleholder and enters this title defense with a 10-0 record in the middleweight division. Adesanya has left the likes of Marvin Vettori, Paulo Costa, Yoel Romero, Kelvin Gastelum, Derek Brunson, and Anderson Silva in his wake during his reign at the top of the UFC middleweight class and Whittaker was added to that list in 2019. 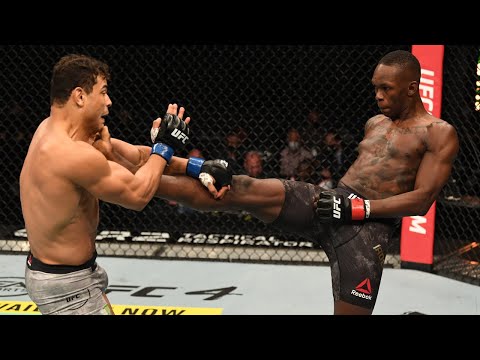 Whittaker comes into the fight on the back of a victory over Kelvin Gastelum in April 2021. He has won each of his last three fights following the defeat to Adesanya in 2019 and will be looking to make it four in a row. This contest gives Whittaker the perfect opportunity to cement his position in the middleweight division, but he comes up against the toughest opponent available.

Finally, we take a look at a fight that has not yet been scheduled but would make a brilliant addition to the UFC in 2022. In 2021, we witnessed one of the biggest upsets in UFC history as Julianna Pena submitted Amanda Nunes. The latter came into the fight as the overwhelming favorite to succeed but Pena had other ideas and now fans want to see the pair battle it out again in 2022. The question is, was it simply a case of a bad night at the office for Nunes, or does Pena really have her number? The only way to find out for sure is for them to get back in the octagon and there have been strong signs it could happen in the first half of 2022, which is extremely exciting news.

Scrapdigest - Nov 26, 2021 0
Everything that the sun's rays fall on is the kingdom of steroids. But what is over there in the shadows? It is hcg pct,...