In the coming years, now that the UFC is owned by a talent management company, we can only expect more embarrassing UFC debuts to come. When researching this article, it became clear that those who enter the cage to the most auspicious debuts are usually those who don’t have much of a background in the sport to begin with. For some reason, the UFC seems to be allowing more of these people to compete inside their Octagon.

Currently, much of the mixed martial arts community is speculating as to whether or not Floyd Mayweather will step inside the cage. While Mayweather may be one of the most talented strikers in history, even he does not have a combat sports background diverse enough to hold his own inside the octagon. If Floyd Mayweather was matched up today in his UFC debut against somebody with a solid wrestling pedigree, he would get absolutely schooled. There are a few strikers listed in this article for similar reasons.

In this article, we break down the five most embarrassing UFC debuts ever in the company’s history. Unfortunately, it appears the promotion has no interest in preventing further bouts like these to take place. 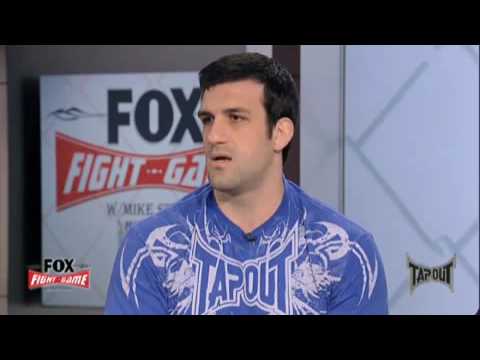 It has to be tough to fight in the UFC with the last name Gracie. With that being said, however, Rolles Gracie has nobody but himself to blame for his performance.

In his one and only UFC fight, Rolles (the son of Rolls Gracie) lost to Joey Beltran at UFC 109. The fight started off well for Rolles as he took Beltran down and even got into full mount. He failed to finish Beltran with a rear-naked choke and then promptly was gassed out in under 3 minutes.

After running out of gas, Gracie could do nothing. Early in the 2nd round, Gracie found himself turtled up and taking unanswered shots. The referee stopped the bout and awarded the TKO victory to Beltran.

“It was embarrasing. I can tell you he wasn’t in that bad of shape. Fact is the nerves drained him of his energy. His stand up and ground work looked bad, nothing at all like he was doing in training leading up to the fight and it was if he couldn’t hear what I was telling him. I think the pressure he put on himself overwhelmed him. He’ll learn and be back.” – Renzo Gracie on Rolles’ fight at UFC 109.

Yikes, how would you like to be a member of the Gracie family and have Renzo single you out like that? There was a lot of excitement around Rolles when his career began but that quickly faded with this performance. He ended up doing some pro-wrestling in Japan for awhile. He’s lost his last 3 professional fights and appears to be done with MMA.

His size is what made many feel he could be the next big thing in the Gracie family. It never came to fruition, however.

Gentleman Jeff - Jan 11, 2017 0
The first photos of Ronda Rousey since her 48-second loss to Amanda Nunes at UFC 207 have surfaced. Photographers captured the women's MMA pioneer...