Mixed martial arts is at its most exciting when guys go in there looking for a finish. Too often we get fighters trying to “out point” their opponent, by pecking away at them with counter-striking, or taking them down, laying on them, and hoping for a decision victory. Every single fighter on this list however, they go for the finish right up to the final seconds.

There are a few notable omissions to this list that could use some explaining. This article is for bouts that ended with mere seconds remaining, and this disqualifies some notable fights which may have seemed to end at the last split second, but actually ended much earlier. The most notable fight is Anderson Silva vs. Chael Sonnen I.

These fights went down to the final seconds…

Somehow this fight won “Fight of the Night” honours, but how it did I’ll never know.

This was a rematch of their PRIDE 31 bout, Rua’s only loss in promotion. There is some question regarding how much of a loss it was for Rua however, as the fight was stopped because Rua’s arm broke when he landed on it funny after a successful Coleman takedown.

It’s similar to Weidman’s 2nd victory over Silva, where he checked Silva’s kick and Anderson’s leg snapped. Yes, Weidman checked the kick, but its not like breaking Silva’s leg by blocking leg kicks was the strategy he went in there with. Yes, Coleman took Rua down and it broke his arm, but the broken arm part is a bit more of a freak occurrence than an intended consequence.

Nevertheless they scheduled this fight, possibly just so Coleman could make some real money before he retired. Coleman was gassed early, as is always the case with him, and could do nothing with Rua. He did manage to survive the fight until the very last few moments however, finally getting KO’d with 24 seconds left on the clock. 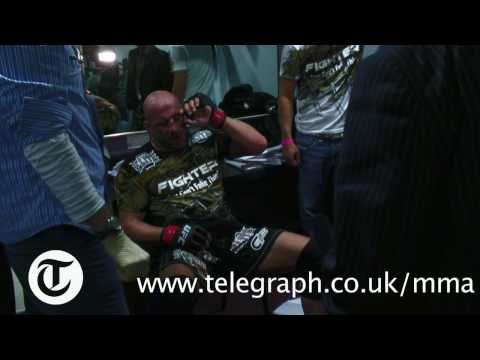 UFC 222 in Serious Danger Of Being Cancelled

Who are the best boxers in the UFC?

10 UFC Stars Who Came Agonizingly Close To Becoming A Champion