Today if you go into a mixed martial arts gym the instructors aren’t going to beat you down too bad. Yes, they have to make sure that their students are tough, as they want to start weeding out the weak ones in order to identify the fighters, but they also are running a business and don’t want to chase away customers. As a result modern MMA gyms are fairly inviting to those who might not have that high a threshold for pain. Many martial arts do things very differently however.

While most of today’s martial artists are training for a competitive sport, other martial artists and ancient warriors were preparing for real life-or-death combat. So they weren’t playing around in other words. Many of the techniques you will read about in this article are aimed at strengthening a martial artist’s ability to withstand pain, and there really is no other way to do that other than to expose yourself to it with regularity.

If there is one thing that following mixed martial arts for decades has taught me, its that you should never mess with a well trained Russian fighter. Those guys have no fear. You know that stoic look that Fedor used to have? That one that made his opponents feel like the fight they were having was no big deal to him? That’s because it wasn’t, Fedor probably saw things during his training that made actual fights look tame.

While Fedor was well trained in Sambo he may not have had endured the same rigours of the Russian Special Ops forces however, often referred to as the Spetsnaz. These are the elite of the military in a country run by Vladimir Putin, a man who seems less than accepting of failure. They need to be tough, so they practice building up a tolerance to pain by smashing cinderblocks on each other with sledgehammers. It’s sort of a two for one deal, the guy swinging the sledgehammer gets a good workout from that (Brock Lesnar also utilizes sledgehammers in his workout) and the guy getting a cinderblock broken over his chest is building up a tolerance to pain. 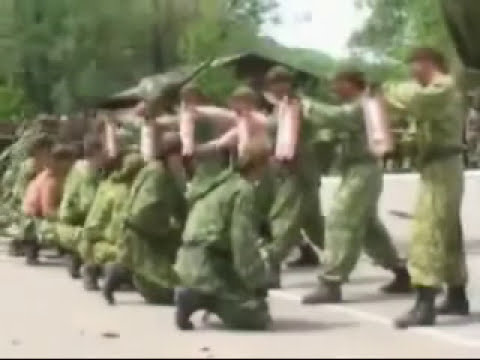 Ryan Garcia will prove he is a legit boxer if he...

John - Jan 2, 2021 0
Probably the most popular rising star in the sport of Boxing is Ryan Garcia. So far the fights that he took are not really...

Robbie Lawler vs Nick Diaz will fight at 185

REPORT: Figueiredo and Moreno are cleared to fight

Conor McGregor Couldn’t Believe What He Saw After UFC 207