Tyson Fury is one of the best boxers in the world. The lineal heavyweight champion of the world is unbeaten, with a record of 29 wins and one draw. First of all, he has phenomenal movement and startlingly light feet for such a big man. Furthermore, he’s incredibly charismatic and one of the most interesting boxers to listen to in an interview.

Fury has a busy time ahead. A rematch with Deontay Wilder looks likely if ‘The Bronze Bomber’ can get past Luis Ortiz. But ‘The Gypsy King’ has his eye on other options. He’s even considering a move into MMA. However, UFC President Dana White thinks that this would be a bad move for the British boxer.

Unsurprisingly, Fury’s father is not impressed by the promoter’s comments. John Fury spoke to iFL Tv about his son’s chances. In short, he also believes that he could put a beating on Dana White. Forget Fury v Ngannou. This is the fight the UFC needs right now.

White doesn’t believe that a move to MMA would end well for Fury. In short, he thinks that he’s better off sticking to boxing where he can compete and make a lot of money. White said:

“Tyson Fury had a tough time in his last fight in a boxing match. Coming over to MMA is a whole other story. Listen, anything’s possible. If Tyson Fury wants to fight in MMA, I’ve got a ton of guys that would love to fight him.

“I just don’t know why. I can’t wrap my head around why. …He’s an incredible fighter. Promoted the right way, he could be a part of three or four of the biggest fights in heavyweight history. Why come over here and get smashed when you could stay there? Tyson Fury, your time is now. You’re the man in boxing. You’re one of the top four guys in the world in boxing. Why even think of coming over here? 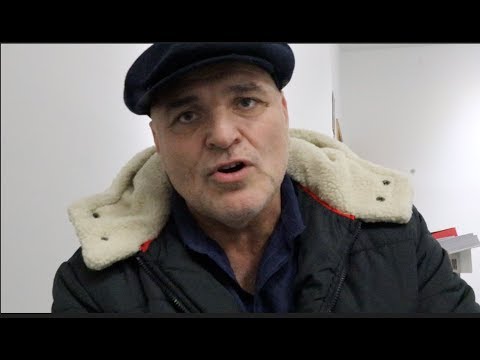 However, Fury’s dad believes his son is capable of beating anybody. ‘The Gypsy King’s’ father says that he comes from a smashing family. Fighting is in their blood. Then he actually called out Dana White and threatened to put a beating on the US promoter. He’s probably serious too. Fury said: 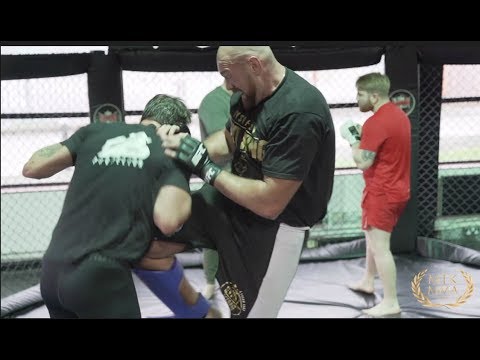 The elder Fury is adamant that he’d batter Dana White. In short, he believes he’s in the condition to destroy the UFC president. We’d love to see it happen but we can’t imagine White fighting anybody for love or money. However, it would be massively entertaining to see him get beaten up by an angry, elder Fury.

“Let him talk to me like that. I’ll fight him,” Fury added. “Match me up with him tonight, you know what I’m saying? Because I believe I’m the best 54-year-old man in the world. I’m the fittest, I know that, and I’m the best 54-year-old man on the planet. I’m going to prove it anytime, anywhere, for free or for money. So let him take that in your pipe and smoke it. I mean that, mate. Keep my son’s name out of your mouth. If it’s not good, don’t talk about him.”

To sum up, we wouldn’t want to get on the wrong side of John Fury.