CM Punk Makes His Comeback at UFC 225 in Chicago… But Does He Have Any Business Being in the UFC?

There are few figures in MMA more polarizing than Phil Brooks, AKA CM Punk. The former WWE superstar is set to fight for the second time against Mike Jackson (no not the Thriller star, he’s dead), on the main card of UFC 225.

This has divided fans. Some accept that business is business. CM Punk is a big name, who will likely sell PPVs to WWE fans and others who just like the freak fight element of the PRIDE days. This argument is basically the only reason he’s on the card.

However, a lot of people believe that it’s ridiculous that he’s on the main card ahead of way more established and successful fighters. Both Punk and Jackson have less than inspiring records of 0-1, losing to young prospect Mickey Gall. Should CM Punk be praised for giving it a second shot? Or should he even be in the UFC?

There’s absolutely no doubt that CM Punk is on the main card because of his PPV pulling power. However, look at the names that drop to the prelims because of him. Alistair Overeem is a 60 fight veteran, former Strikeforce champion, and last time around got decapitated by Francis Ngannou. Yet somehow he’s seen as less worthy of a slot on the main card.

Raphael Assuncao is another victim of CM Punk’s less than meteoric rise. The No. 4 ranked bantamweight fighter was furious that he was pushed to the prelims to let Punk on the main card. Dana White addressed the situation at UFC Fight Night 130 in Liverpool:

“Hey listen, when Alistair Overeem sells as many pay-per-views as ‘CM Punk’ does, we can argue.”

Let’s be real: CM Punk should not be in the UFC. That’s no disrespect to him, it’s just a plain cold fact. Most fighters have a number of amateur and professional fights under their belts in smaller promotions before getting a UFC contract. Punk’s name alone got him into the organization.

If the UFC wants to be taken seriously as a sports company this isn’t smart. They should be focusing on promoting younger fighters instead of signing 39 year-olds from the entertainment industry. Yes, they will sell PPVs in the short term, but this isn’t what hardcore fans want to see when they pay a premium for a card. It’s disrespectful. 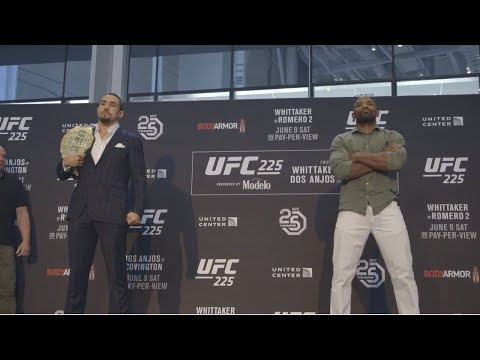 CM Punk is a short-term fix for a problem that’s been around for a while now. The UFC’s lack of star power is holding them back. Since Conor McGregor went crazy, the Diaz Brothers smoked their way into a haze, and Ronda Rousey went to the WWE, there’s been no superstar for them to get behind. CM Punk is not that man.

If he loses to Jackson, it’s unlikely he’ll get to fight for the company again. However, if he wins, there’s little doubt that he’ll get a third fight and even more of a promotion push. Heck, he could even headline a fight night. The UFC is desperate and they’re trying to pretend otherwise by creating a false narrative. It’s a bad message to send out.

UFC 226 goes down this weekend in Chicago’s United Center. Robert Whittaker and Yoel Romero go to war for the middleweight title, in what should be a spectacular fight. In the co-main event, almost everyone will be hoping that Rafael Dos Anjos Smashes Colby Covington into a million little pieces.

Darren - May 18, 2019 0
This is Absolutely Disgusting... What Was He Thinking? A Fan Launched a Flying Kick Into the Back of Arnold Schwarzenegger at a Fan Event...

Is it worth using the bonus at online casinos?