Erick Silva has been called a dirty fighter before. He fought against Carlo Prater at UFC 142 in 2012. After dropping Prater with a knee to the body, Silva followed up with repeated punches to the back of the head.

Referee Mario Yamasaki warned Silva multiple times until Prater went unconscious from the punches. After the Brazilian fighter jumped up in celebration, it was revealed that he was in fact disqualified for the illegal blows that ended the fight. 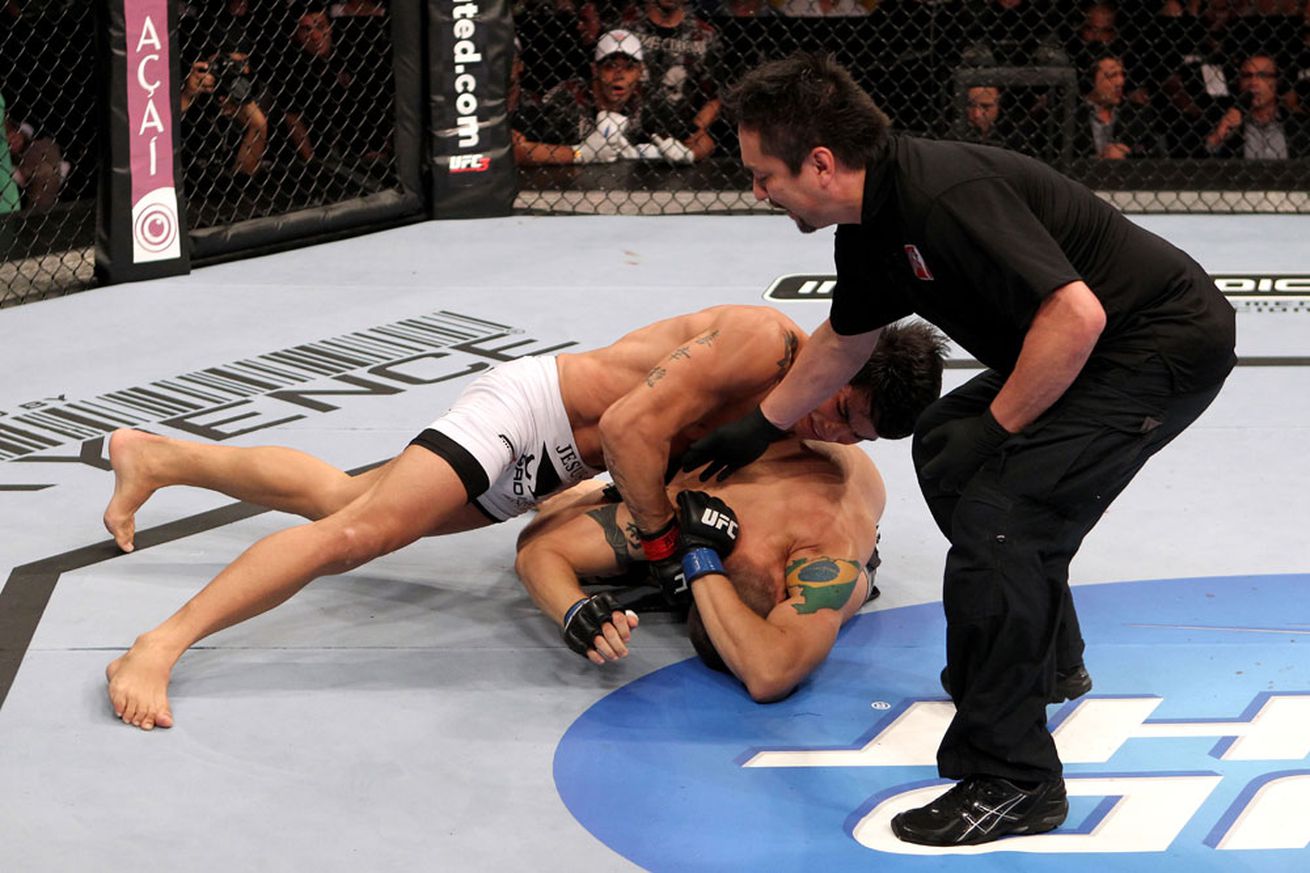 Fast forward to UFC 196, where Silva faced off against Tristar Gym product Nordine Taleb. The Brazilian faked a touch of gloves before throwing a hard left hook as Taleb reached out in response. Check the video below.

Taleb was asked about the faked glove touch after the fight, and responded by saying: “I knew he was a dirty fighter, I knew he would do something, and I wanted to respond to it. It’s satisfying to win this fight by knockout.”

Atilano Diaz - Oct 26, 2016 0
Everyone enjoys a good scrap. When two guys go into the cage and leave nothing to the judges, it gives the crowd a unique...

10 UFC Debuts That Were Title Fights