Watch the one punch knockout below. Taleb catches a kick to the leg and lands a picture perfect counter right hand, sending Silva crashing to the mat. 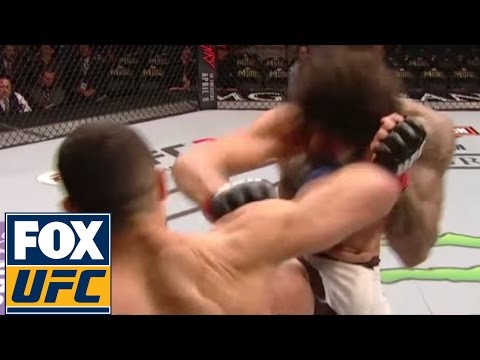 You should always protect yourself in a fight, but faking a show of good sportsmanship is a cheap way to try and win. Luckily for Taleb, he was prepared for it and was able to finish his opponent with a fantastic one punch knockout. The victory is the biggest to date in Nordine Taleb’s MMA career.

The “TUF” Alum now has four wins in five UFC appearances. He will look to continue his climb up the welterweight ladder by facing a ranked opponent. Silva meanwhile, has now lost 2 fights in a row. After showing promise early in his UFC career, he could be next in line to receive his walking papers.

Terence Crawford stops Shawn Porter in the 10th round

John - Nov 21, 2021 0
Terence "Bud" Crawford stops Showtime Shawn Porter in the first minutes of the 10th round. The fight was thought to be Crawford's first elite...

Flashback: The Freakiest Freak Show Fight Of All Time

New York Politicians Say MMA Is Like ‘Gay For Pay’

Conor McGregor is Officially The Most Inactive UFC Champion…Ever