‘The Count’ hits the big screen…

Following a devastating knockout win against Luke Rockhold, Michael Bisping took his unlikely throne. After years of toiling in the mid-upper tier, ‘The Count’ had finally won UFC gold.

Facing the unranked and seriously old Dan Henderson next, Bisping avenged the most harrowing loss of his career. Since then, the Brit has been accused of ducking Yoel Romero. Currently scheduled to face Georges St-Pierre at some point this Summer, Bisping has been trying his hand elsewhere.

The Count Stars as Roy Shaw

Going back a few months now, we broke the news that a biopic of Lenny McLean’s life was due to be released. At the time, a feature length documentary had also hit cinema screens, and now the biopic trailer has been released.

Known as The Guvnor, King of the Bouncers and unlicensed boxing champion Lenny McLean went by many names. One thing remained constant though, he was known as one of the hardest men in history.

McLean’s story has been told many times, and his fight videos have become the stuff of lore. He is credited as being the hardest bouncer on the scene of London’s era of gangsters. Often linked to the Kray twins and Charles Bronson, The Guvnor was reported to have been in over 4000 fights.

Again with film makers ‘Lionsgate,’ the biopic of McLean’s life is inbound. Watch the Youtube trailer below, and check out Michael Bisping as McLean’s rival ‘Pretty Boy’ Roy Shaw: 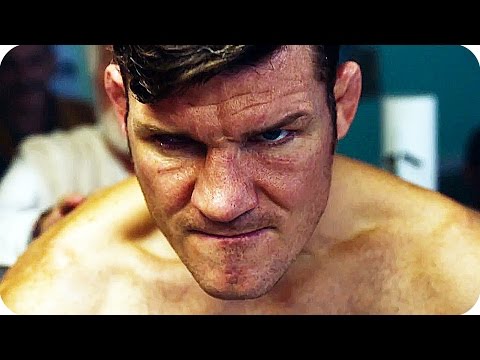 Although it clearly lacks in superstar Hollywood firepower, the movie does look like a good watch, at least from the trailer. Whats unclear now is whether the fight scenes are anywhere near realistic.

This isn’t Bisping’s first movie in to films, and with his MMA career inevitably set to wind down sooner or later, will we see the brash Brit in more movies?

Tyron Woodley Says His Next Fight Won’t Be At Welterweight

Gentleman Jeff - Nov 9, 2017 0
Another UFC champion wants to move weight classes... Tyron Woodley announced on Fox Sports that his next bout will not be at 170lbs. The current...

Nurmagomedov: the UFC Has to “Take Care” of Conor