Let’s face the reality, most fans would rather watch Masvidal vs Covington rather than a rematch of Usman vs Masvidal. Genuine bad blood sells fights and that is just part of the sport, it makes fans excited since fighters have a lot on the line.

The storyline itself is interesting, from being unknown fighters who were bestfriends and then going on to become top UFC welterweights of the world. Masvidal has said that Covington was a traitor for not paying the coaches the agreed payment but Covington denied the claims. It is a he said, she said scenario. 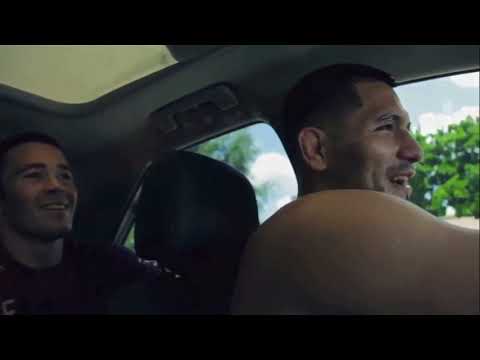 During their rise, Covington was a talented wrestler who was new to the MMA game, meanwhile Masvidal started his MMA career at an early age. Both were close friends that had each other’s backs. They even supported each other by being in their corner during fights.

Masvidal was a striking specialist that even fought in the streets to survive. It is impressive that even though he has been fighting bare knuckles, he may have one of the greatest chin recovery in the game. He has been knocked down several times but never knocked out.

Both Masvidal and Covington complemented each other during training since one is a great striker and the other is a wrestler so they could improve the areas that they lack. Their sparring footages show that they learned a lot from their flaws.

The reason that both split was because of their training team issues. As said above, Covington did not pay one of the coaches in American Top Team and Masvidal did not want to tolerate such issue. 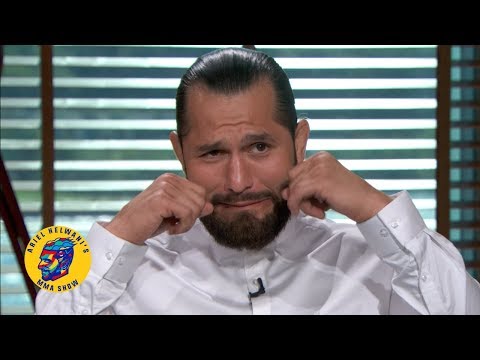 As for Covington, it was revealed that the UFC was planning to release him due to people not wanting to see him fight. He changed from being a humble kid to one of the villains. He was willing to be hated just to stay in the UFC. Had he not changed, he would have been likely cut from the promotion. Covington even said it is part of the sport and there is nothing wrong with it. 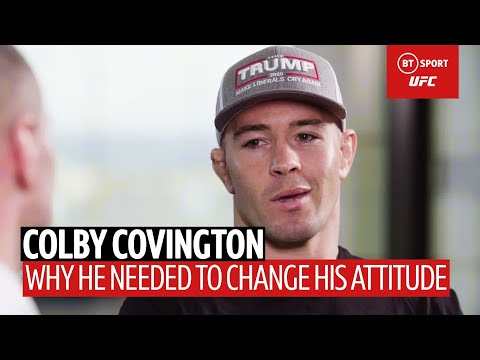 Covington had no choice but to leave ATT, due to a lot of fighters disliking him. Top fighters like Dustin Poirier, Joanna Jedrzejczyk, Amanda Nunes trained in this team. It is considered one of the best MMA teams to train with.

Fortunately, Covington and Dan Lambert (Owner of ATT) are still in good terms. Covington had a new training team in his fight against Tyron Woodley where he broke Woodley’s rib in the fifth round. After the fight, Colby called out two opponents for his next fight. It was either a rematch against Usman or a fight against Jorge Masvidal.

Jorge Masvidal reacted to the callout by saying that he is not willing to fight Covington because that would give Covington a massive payday and he does not want it. There is no doubt that Masvidal is huge star right now, the numbers speaks in his fight against Usman and Diaz.

A great idea for the UFC would be the make a TV reality The Ultimate Fighter series featuring Covington vs Masvidal as coaches. With their history and bad blood, there is no more script needed to write the show. The show will sell itself and it will get the fans know more about their sides of the story.

There were reports that the UFC were trying to book the fight but the deal was not done due to negotiation issues. After the big win of Usman, he called out Masvidal to settle the excuse of 6 days notice fight. Masvidal accepted the challenge verbally but it is not yet official.

It would not even make sense to book for the Masvidal vs Usman rematch as he has not yet shown he can compete with Usman. One could argue that since he is coming off a loss, and his most impressive win might be Darren Till. His knockout against Askren was one of the best in UFC history but he has not beaten any current top 5 contenders.

In Covington’s news might be due to Khamzat pulling out of the fight, the UFC is trying to make Covington vs Edwards instead. Dana White has said that the winner could potentially get a rematch against Usman for the title.

Hopefully the Covington vs Masvidal fight happens in the future as it is clearly a big fight that most fans are looking forward to see.

Darren - Oct 22, 2020 0
Khabib Nurmagamedov v Justin Gaethje is just around the corner and the hype is building. Can Gaethje become the first man to defeat the...

WATCH: Gervonta Davis Takes a Swing at His Baby Momma

Can I MIX Kratom and MiraLAX?

This Incredible UFC War Will Make The Hairs On Your Neck...

Alexander Gustafsson Goes Off On Jon Jones After Huge Knockout