If he does get charged, maybe Nate Diaz will be able to set up some sort of convict’s MMA league along with Conor McGregor and Jon Jones. The UFC’s naughtiest trio could even make a movie out of it. Nate Diaz is facing legal troubles and they’re not just going away.

Reports have emerged that Diaz is currently under investigation by the Sacramento Sheriff’s Department for his role in last weekend’s brawl at Combate America. The scuffle was instigated by Diaz shoving a former rival, Clay Guida, in the back, injuring the fighter.

Diaz hasn’t appeared in the octagon since August 2016, when he lost to Conor McGregor in a rematch of their earlier fight, which he had won. Since then he’s been happily on hiatus, biding his time until perfect opportunity came to return. This won’t help him. At all.

Diaz was at the event as a cornerman for his teammate Chris Avila. He went on to shove Clay Guida in the back when he saw him. Guida has been calling Diaz out on Twitter recently and holds a win over the Stockton native from 2009. That’s a long time to hold a grudge. Guida’s teammate, Nick Diamond, tweeted this message:

“I was talking face to face with Clay, he got pushed & I saw Nate & about ten other dudes so I stepped up with my arms out trying to deescalate the situation & Nate then slapped me while one of his groupies rabbit punched me.”

The Diaz Brothers do have a history of being involved in scenarios like this. Infamously there was a massive brawl at Strikeforce: Nashville in 2010. There were ugly scenes at a World Series of Fighting Event in 2015, where Diaz got involved with Khabib Nurmagamedov. Then there are all the Diaz/McGregor subplots. 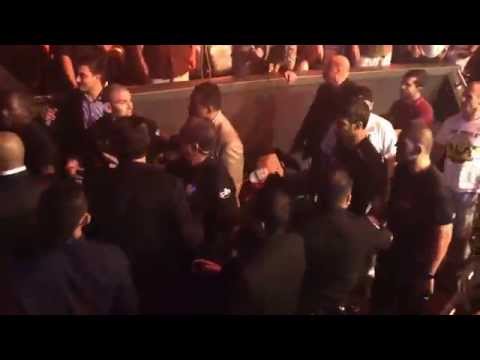 Unfortunately for Diaz, he could conceivably face charges for his actions. The Sacramento Sheriff’s Department released a statement, where they made it clear that the Californian was under investigation. Spokesperson, Sgt. Shaun Hampton said:

“If it is found the victim was assaulted then a warrant request will be completed and submitted to the District Attorney’s office for review. The filing decision will be up to the DA.”

It all pretty much depends on whether or not Guida decides to press charges so. The Illinois native is a fan-favorite in his own right, with his trademark mane of hair and action style. Maybe he’ll just tell Diaz, ‘fight me in the cage and this will all go away.’ 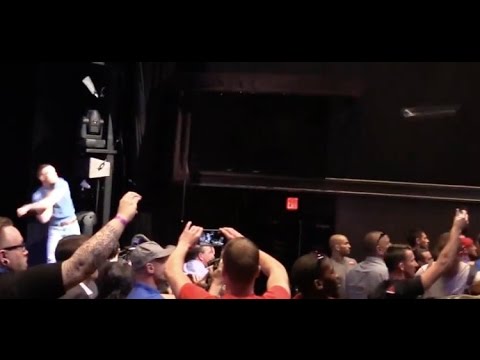 There’s been a lot of Diaz news over the last week. Nate was linked, by UFC President Dana White, to a fight against Georges St. Pierre. However, this does not look like it’s going to go ahead because Diaz still has a lot of resentment towards the Canadian for beating his older brother Nick.

Nick Diaz actually blamed the loss on being poisoned during his weight-cut. He hasn’t fought since 2015. However, teammate Jake Shields insists the pair do want to return but nobody knows who’ll they fight or when.

Atilano Diaz - Apr 9, 2017 0
Sometimes the heat of the moment causes people to do things they really didn’t think through. Fighters call for retirement all the time following...

PICS: Brittney Palmer Brings the Heat to the Beach (NSFW)

Khabib to McGregor: “I Am Coming For You”