How Mayweather vs. McGregor would go?

Lately there’s been a lot of talk about MMA vs. boxing. There’s always been a fascination about this kind of showdown, and since MMA became more mainstream the intrigue heightened.

Excluding James Toney’s foray in to the UFC, and of course Ricardo Mayorga’s circus, we haven’t seen many male boxers in MMA. Perhaps the most successful boxer to ever transition is Holly Holm. Recently, it’s all been about Mayweather and McGregor.

UFC president Dana White made a purse bid of $25 million each, but it was met with bad reactions. Obviously Mayweather scoffed at the idea, and McGregor claimed he would not fight in the UFC next, but rather in the boxing ring.

With all this madness going on, one video of a young boxing champion sparring a mixed martial artist is going viral. Meet Rakeem Nealy:

15-year old boxing prodigy Rakeem Nealy has been fighting since age 7. By the time he was 11 years old, Nealy had won the prestigious amateur title of Golden Gloves champion. As he approaches adulthood, a lot of people in the fight game are watching this kid.

Against ‘Ultimate Fighter’ veteran Jaimy Alvarez, Nealy held his own. Currently 6-1 as a professional MMA fighter, Alvarez agreed to go a couple rounds with the upcoming boxer. Judging by the footage below, this kid is going to be something very special.

Watch Nealy vs. Alvarez in their intense sparring session on the Youtube player below: 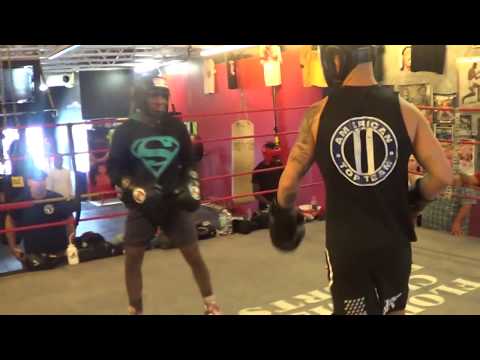 If this is anything to go by, how do you think McGregor would fare against a man with 25 more years boxing experience than Nealy?

Sara Paddison, The Hidden Power of the Heart
You only hurt yourself when you’re not expanding and growing. Many people can’t stand the thought of aging, but it’s the crystallized thought patterns and inflexible mind-sets that age people before their time. You can break through and challenge your crystallized patterns and mind-sets. That’s what evolution and the expansion of love are really about.

Andrew Carnegie
As I grow older, I pay less attention to what men say. I just watch what they do.

Heard in Arkansas
Age mellows some people; others it makes rotten.

Maurice Chevalier
Old age isn’t so bad when you consider the alternative.

Chinese proverb
Men grow old, pearls grow yellow, there is no cure for it.

Plato
The spiritual eyesight improves as the physical eyesight declines.

Tom Wilson
Wisdom doesn’t necessarily come with age.
Sometimes age just shows up all by itself.

Mignon McLaughlin
The time to begin most things is ten years ago.