Damn, everybody is getting in fights this week!?!

Rapper 50 Cent is not known for being the most savoury of characters. Despite what his rival rappers say about him, the former ‘king of New York’ is renowned in his home city for gangster activities.

Many DJ’s and record label execs recall their first meetings with 50 involving guns, drugs and scantily clad ladies of the night. Although he’s found fame and fortune in the rap game, it seems 50 Cent is still 50 Cent.

During a recent rap concert, as captured by TMZ, 50 Cent is filmed power punching a female fan in the chest. It looked as though 50 and the crew were looking for willing ‘hoes’ to shake that ass on stage, and this one chick was a little too keen.

Dragging the rapper in to the crowd, the stunned female fan caught a swift power punch for her efforts. 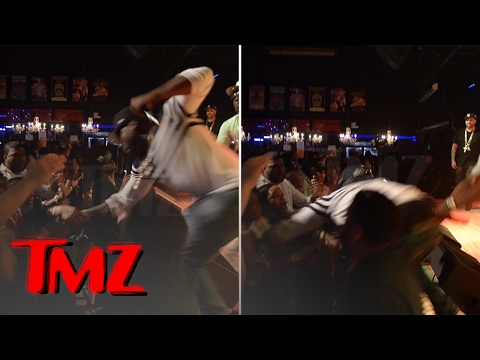 Meanwhile On The Radio

Comedians Aries Spears and Zo Williams sat down for a friendly chat on a radio show recently, and all hell broke loose. For some reason, the two normally jovial characters got in to it live on air.

Watch as Williams rains down multiple punches to the head of Spears:

And on to a sports fight, well, baseball…

Following a heated moment at a baseball game in Kansas City, two fans were arrested. The male in the video below alleges that a female fan struck him, and then spat in his face.

In response, the man who clearly outweighed his female opponent by at least 50 pounds socks her straight tin the kisser. Both people were arrested following the scrap, and predictably everyone was recording on their mobile phones.

Watch as this rowdy baseball fan power punches some poor chick in the jaw! 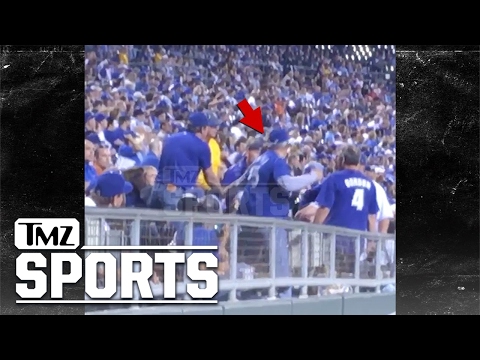