The Bigger They Are, The Harder They Fall… David v Goliath Fights Never Seem to End Well for the Bigger Man… Check Out This Ludicrously Tall Brazilian Featherweight Get Beaten Up by a Much Shorter Opponent…

There are usually a lot of advantages if you’re the taller fighter. Have a longer reach means that you try and control the fight, forcing the opponent to cut the distance and get inside. Obviously, that’s easier said than done, but if you’re good at it – like Jon Jones, Israel Adesanya, or Zabit Magomedsharipov – then it’s highly effective.

How tall is too tall? That’s the question we’re asking after a ridiculous fight went down in Brazil last weekend at Favela Combate 31. 22-year old Savio Vinicius took on 43-year-old veteran and 5’4” Celso Mao de Pedra in a featherweight clash. Vinicius is 6″6. That’s insanely tall for such a light fighter.

Check out the footage of the fight below. It really does not go well for the walking talking beanstalk, because he gets totally outworked by the veteran. 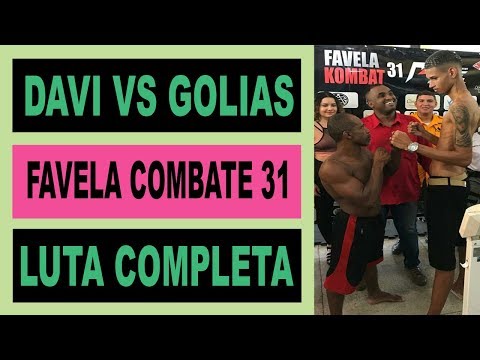 As you can see from the footage above, the difference in height between the two men is stupidly big. Vinicius could probably use Celso’s head as a footstool if he really wanted. However, it didn’t help him on the night because the shorter, stockier fighter was able to outwork him and dominate him for a comfortable unanimous decision on Vinicius’s debut.

It’s really not surprising. We don’t know how much weight the younger man cut for this one, but he really shouldn’t be fighting at such a lightweight. It’s probably dangerous for him. His liver is literally level with Celso’s chin. If he’s going to continue fighting, he needs to think about making it safer for him and maximising his physical advantages – if he actually has any with that slender frame.

Vinicius isn’t the only crazily lanky fighter out there. Choi Hong-Man is very famous in his native Korea and is a giant 7ft 2in heavyweight MMA fighter and kickboxer. Amongst his many former opponents are names like Fedor Emelianenko, Mirko Cro-Cop, Mighty Mo, and Bob Sapp.

He recently fought in an exhibition match against the so-called ‘Shaolin monk’ Yi Long. The problem with being built like a skyscraper is that you have no cardio or speed. Long was able to kick him in the liver and end the fight early, in what was a true freakshow fight.

In Israel Adesanya’s recent interim title win over Kelvin Gastelum, we were able to see how the advantages and struggles a taller man can face. When he was able to control the distance, Gastelum found it very difficult to hit ‘Stylebender’ without walking into punches.

The problem is that you’re also susceptible to getting smashed. Typically shorter, stockier fighters are built with more power. That means it’s more likely for them to get a one-punch KO. Adesanya was visibly wobbled at one point and dropped after Gastelum was able to explode. That’s the joy of combat sports. All body types can take part.

Salvador Sanchez - Jun 17, 2016 0
Watch the fight video here... 'The King of the Streets' Kimbo Slice, God rest his soul, was the first viral fighter the world experienced. He...