Ouch… If You Put Your Faith in Ludicrous Teachings, You’re Going to Pay For Them… That’s What One Poor Woman Found Out When She Tried to Protect Herself Using the Energy of Her Body…

There are all sorts of crazies out there trying to sell their ability to use Chi, or their minds, or the force to protect themselves. That’s usually harmless enough as long as they keep it to themselves. Sure, they might end up on the wrong side of a beating one day, but nobody else is getting hurt.

When other people put their faith in these lunatics, that’s when trouble starts. Most martial arts instructors and will have some sort of certification from international and national governing bodies to show that they’re legitimate. That goes for yoga practitioners as well as different types of meditation.

Now and again you just get some madness. Watch the video below, as a long-haired psycho convinces a group of people training in Bali that they can protect themselves by using the energy of their body. He absolutely annihilates one poor woman. 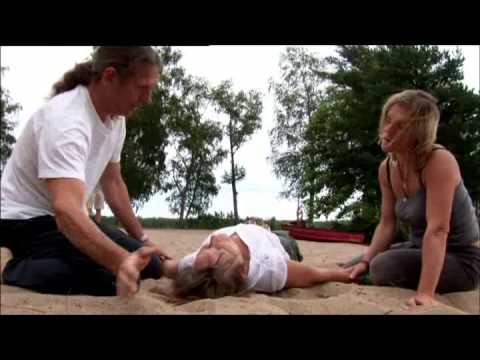 Yellow Bamboo is a so-called discipline of white magic combined with martial arts, that is taught in Bali. They claim to have over 30,000 members worldwide, which is kind of unbelievable. They do have a beach resort on the Indonesian island too, so it could just be that they’re including people who stayed there.

In the video above, a pony-tailed instructor is teaching a group of people to use their psychic energy to fend off attacks. It’s obviously totally bogus, but the students are totally lapping it up. Suddenly the ‘instructor’ – we use that word lightly – smashes into one of the women, totally flatlining her.

It’s all the more ludicrous because instead of checking to see if she is ok, the dodgy ‘coach’ starts having convulsions on the sand, like a sort of fit. That’s clearly the moment he saw another lawsuit coming and wanted nothing to do with it. What a scumbag move.

Meanwhile, the poor woman is writhing in agony. You can hear her moaning with pain, and it looks like he might have broken her nose. Sure, she was gullible and naive to put her faith in something that an internet search would have told you was absolute rubbish, but you still don’t expect to be wiped out like that. 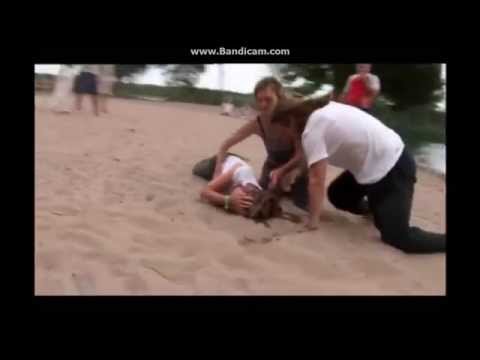 In the footage above you can see another example of Yellow Bamboo failing gloriously. Filmed in Australia, two guys with some wrestling experience debunk the myth, as they humiliate two ‘Zen Masters’ in front of their students. The whole idea of Yellow Bamboo is that when someone attacks you, they can’t touch you.

So, if you end up getting taken down and rear-naked choked, there’s clearly something wrong with what you’re teaching. The worst part is the genuine shock on the part of the watching Yellow Bamboo students. This is some weird cult stuff for sure. As the guys who filmed this footage said:

Dana White trashes Boxing for Mayweather vs Paul, What is wrong?

John - Dec 10, 2020 0
After announcing that the exhibition match will happen officially, Dana White was asked about his opinion of the event. He said, "When people ask me,...