Brian Ortega was given a choice. Now the Korean Zombie is furious. The pair were in attendance at UFC 248 but ended up getting into a feud themselves. Now the two featherweights will surely fight after tensions between the pair escalated to a new level.

Ortega hasn’t fought for over a year since losing to Max Holloway. That was a brutal beating for the Californian BJJ expert but he was hoping to bounce back. He was booked to fight Chan Sung Jung last year in Seoul but he was replaced by Frankie Edgar after suffering an injury. Zombie smashed through Edgar in a first-round butchery.

Now Zombie has promised retribution after Ortega slapped his friend Jay Park. Park is a famous rapper and entertainer who also acted as a translator for Zombie on the night. Check out the aftermath below and Zombie’s savage message to Ortega. 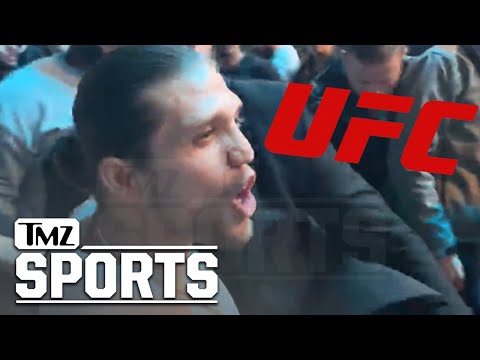 We’ve no idea what’s going on with Ortega but for some reason, he decided to get into it with Jay Park after the Korean Zombie went to the bathroom. In sum, it was a pathetic move and caused a bit of a scuffle in the ground. Security was on hand to defuse the situation. They removed Ortega from the T-Mobile Arena.

You can see from the clip above, courtesy of TMZ, that Ortega was definitely happy with what he achieved. He told Park: “I said I’d slap you like a b*tch.”

Also, why is there a guy dressed as a referee? He’s been waiting for this moment all of his life. But we love it.

Zombie has promised to make Ortega pay for his actions. He sent a savage message to T-City on Instagram. This is as intimidating as it gets. We also love the contrast with the photo above. In short, the message speaks for itself. Read it below:

“Last night, you sat 10 meters away from me and Jay Park. For two hours nothing happened, so I thought everything was fine. But you f**king attacked Jay Park while I went to the bathroom. Jay Park is not a professional fighter but a musician. You slapped a civilian who merely helped translate.

Even worse, you were sitting there waiting until I would be absent and attacked Jay Park. It was not a fight like real men would do. What you have done is same as a grown up to beat a child. You should have attacked me. If so, I would have not been upset. You are such a coward for slapping a musician not a fighter. If you f**king planned this to fight me and to use my name because people don’t remember your name anymore, then I congratulate you, it worked. I will fight you and I will knock you out and your f**king face will be bloody. Now, your f**king face stays in my mind and I will f**k you up in the cage. I hope you won’t run away from me again.” 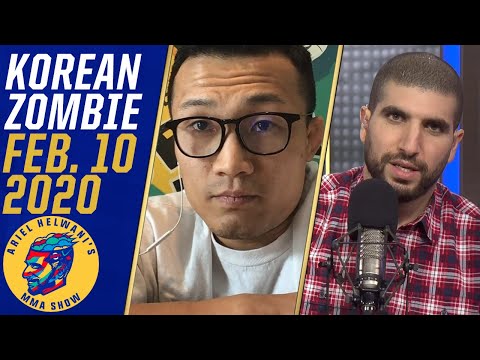 Park appeared on Ariel Helwani’s MMA Show to talk about the incident. He explained his bemusement because he didn’t do anything wrong. First of all, he just acted as a translator for Jung. He also explained that he doesn’t want to sue Ortega but he also needs to learn a lesson quickly. In sum, it’s a very weird situation.

“For me, to be honest, I don’t feel like I did anything wrong,” he said. “I just translated. I never put words in Zombie’s mouth. I’ve never put up a [social media] caption for him. I never told him to trash-talk. I have a lot of respect for fighters. They put everything on the line—they train hard, they fight for their family.”

Darren - May 11, 2018 0
Rising Featherweight Star Yair Rodriguez has Been Cut From the UFC for Refusing to Fight...  Now, this was unexpected. Yair Rodriguez, one of the flashiest...

A Guide to Keeping Your Hookah Tobacco as Good as New

Team McGregor Changes Their Mind About Who They Want Next

WATCH: Salt Bae Gets Ready for His MMA Debut

The Coolest MMA Finishing Moves Ever