Chuck Liddell v Tito Ortiz is the trilogy fight that nobody knew they wanted, and we’re still not sure if we do. The Iceman is a month out from his 49th birthday and hasn’t fought professionally since 2010 when he got knocked out by Rich Franklin. Meanwhile, Ortiz has fought far more recently. Practically a spring chicken at the tender age of 43, he defeated Chael Sonnen under the Bellator banner last year.

The two men have fought twice previously, with Liddell winning both times – in 2006 and 2004 – so it’s fair to say this rivalry has gone a little bit off the boil. Enter Oscar De La Hoya who has decided that he wants to dip his fingers into the MMA pot and make some money off some retirees fighting.

Ortiz is the favourite going into this one and we’ve got training footage below to show you why. Is Liddell going to regret this comeback? Time will tell. 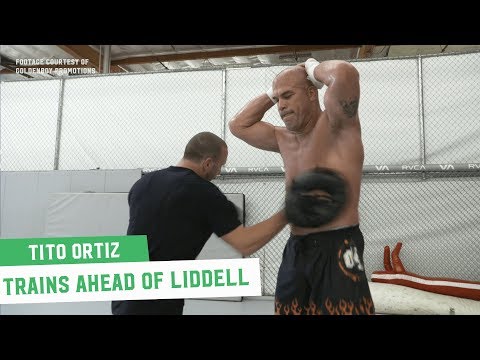 It finished with a bit of core strengthening as his coach smashes his abs with a focus mitt. It’s pretty intense and definitely intimidating. Ortiz looks like a monster, with no sign of any dad bod at all. ‘Youth’ – and we use this word lightly – could be the difference in this fight. 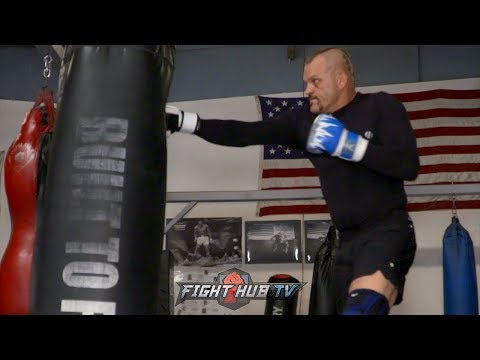 Similarly, Liddell has released his own training montage. It’s definitely not as fearsome looking as Ortiz’s. We’re not going to slate him, because this could just be a warm-up or just some way of going through the motions. He’s definitely not punching with much speed or power.

Pushing 49-years-old, does he actually have that in his locker anymore? We really don’t know and that’s part of what makes this fight intriguing. Let’s just hope we’re not left feeling sad at the end of it.

The biggest question marks surround Liddell and just how prepared he is for this comeback after so long out. He lost five of his last six fights – four of those by knockouts. Yes, he was one of the most exciting fighters of his generation, but chins don’t just grow back, especially not with age. He told media:

“When I started getting back in shape, if I decided to fight I said I was gonna do two or three more after that. This is just a great warm-up fight. There’s not a better tuneup fight than Ortiz. I mean he’s someone I’m better than at everything, so it’s a great tuneup fight for me. If he beats me, I have no business being back in the ring again. If he beats me, I’m done.”

It’s a big gamble for ‘The Iceman.’ All we can do is wait and see.

ross - Feb 9, 2020 0
In this article we'll look at the funniest MMA fighter impressions of all-time, from stars mimicking their peers through to professional comedians doing hilarious...

The Top 50 Affordable Gifts for Men

Aljamain Sterling celebrating his title is NOT a GOOD LOOK