WATCH: Clueless Ref Allows Fighter to be Choked Out For 90 Seconds

This is Incredible… For All The Wrong Reasons…

Possibly some of the least appreciated figures in MMA are the referees. The likes of Big John McCarthy, Herb Dean and Marc Goddard are all highly respected by fans and fighters alike. They do their best to enforce the rules so that the fighting environment is as safe as possible.

Don’t forget that everytime a fighter steps into a cage they are putting their health on the line. One punch can change someone’s life forever. Fighters have literally died as a result of brain trauma. The swift action of a referee is so important, and they should be called out if they don’t do their job properly.

Some absolutely outrageous refereeing occurred in Brazil last weekend when a referee allowed a fighter to be choked unconscious for 90 seconds. You can watch the footage below. The MMA world has reacted in unanimous horror because this sort of thing should just not happen.

Melziquiel Conceição (11-2) was fighting Rafael Barbosa (6-1) at Demolidor Fight MMA 13 in Bauru, Sao Paolo, Brazil. The pair were scrapping away when suddenly Barbosa got ‘Melk’ into a chokehold. Seizing the opportunity, he began to squeeze, as his opponent was unable to escape.

What happened next was difficult to watch. The referee stood and watched as Barbosa continued to tighten his grip. After about 30 seconds past, he signals to the ref that ‘Melk’ is out cold, but STILL there is no intervention.

After about 90 seconds, the ref finally breaks the two apart. Conceição looks almost lifeless in front of him and is clearly unconscious when Barbosa lets go of him. It’s absolutely ridiculous. All referees make mistakes, but seriously, this is one of the worst we’ve seen. 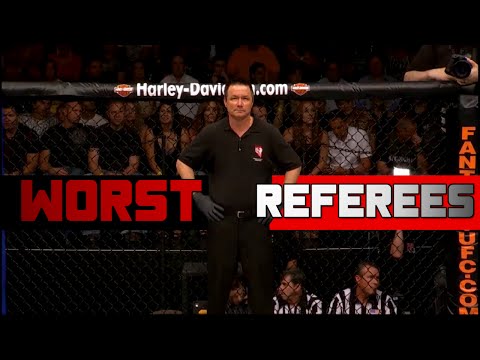 Japan-based MMA report Bruno Massami shared ‘Melk’s’ thoughts after the fight. Needless to say, he was shaken by the experience:

“I was blacked out for almost two minutes. For a short time, i not dead. The referee not saw that. My eyes still opened but i was completely blacked out. After that. People was tried to wake me up and i can’t briefing. I saw the people in my side and something in my throat not help me to brief. I just feeling better when i was arrived in hospital.

The brain can survive for up to six minutes without oxygen, but damage to brain cells can occur rapidly. Results can include temporary dizziness, seizures, and unconsciousness. Most seriously it can induce a coma, cause permanent brain damage and death.

“That is one of the most sickening things I have ever seen in MMA!!!! That referee has no idea what he is doing and could cause a death due to his ignorance and incompetence. This is why MMA needs a worldwide governing association that could handle such outrageous negligence.”

Big John makes a very good point. As we said, no referee is infallible. As human beings we all make mistakes. Remember when Roy Nelson toe-poked McCarthy after a late stoppage? However, this video made Mario Yamasaki look world-class.