Sorry Francis Ngannou, you’re no longer the most terrifying man in the world. That accolade goes to his Derrick Lewis, his next opponent after the ‘Black Beast’ obliterated all scores on the UFC Performance Center’s power punching machine.

Much has been made of Ngannou’s ability to destroy planets with his right hand of doom. His crippling knockout of Alistair Overeem is one of the most violent moments you will ever see in an octagon. However, Lewis has also proven himself more than capable of moments of destruction, with 9 out of 10 UFC wins coming by either KO or TKO.

The massive pair will fight it out on the main card of UFC 226, which will be headlined by the epic showdown between Stipe Miocic and Daniel Cormier. Both Ngannou and Lewis know that the right result could see them land a title shot, or at the very least, a title eliminator. Right now though, they’ve got the hardest punches in the UFC. 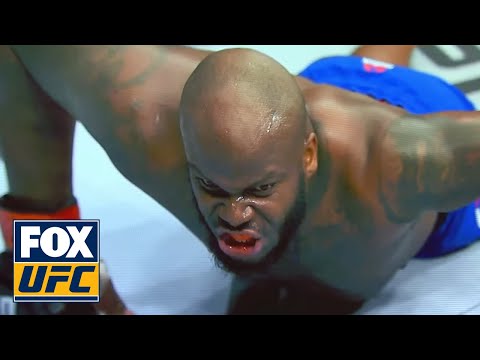 It’s difficult to know who actually has the harder punch because the numbers being used to assess the results are different, and Ngannou is not on the performance center’s scoreboard. Lewis broke Daniel Cormier’s record of 966, by one point, bringing to 967. That’s a pretty awesome achievement. What a terrifying man.

Ngannou’s power was measured differently. His punch was scored at 129,000 units, higher than the previous record of 114,000 set by kickboxer Tyrone Spong. The only way for us to know if Ngannou punches harder than Lewis is to have a go at beating his score! Dana White contextualized the Cameroonian’s power in an interview. He said:

“Francis Ngannou has the world record for the most powerful punch. His punch is the equivalent of 96 horsepower, which is equal to getting hit by a Ford Escort going as fast as it can. And it’s more powerful than a 12lb sledgehammer swung full force from overhead.” 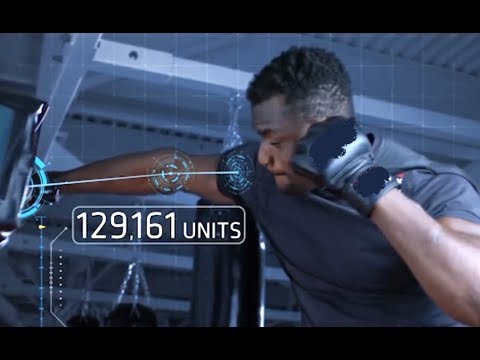 Lewis also gave his thoughts on the UFC signing former NFL star Greg Hardy to its ranks. The footballer-turned MMA fighter earned a contract after beating fellow NFL star Austen Lane on Dana White’s Tuesday Night Contender Series. However, Hardy is hugely controversial because he was arrested and charged for domestic violence.

“I think he looked good, but as soon as the fight ended, I started thinking about his ex-girlfriend,” Lewis said. “I was like, I wonder if he had hit her like that. I don’t know, man. I really don’t like guys like that because I grew up with a troubled past, and I saw my stepdad fight my mom just about every single day. I don’t even remember one day they didn’t go without arguing or fighting.”

That’s a pretty powerful personal story to share, and you have to show Lewis a bit of love for pouring out his heart. He’s one of the most popular fighters in the UFC, as much for his post-fight interviews, as for his fighting. Travis Browne was a regular target, after his domestic violence allegations.

The countdown is on until the epic showdown between Lewis and Ngannou. With so much explosive power in one cage, it seems guaranteed that one of two things will happen. One of the two men is going to walk out of the octagon with no head, or we’re going have an incredibly boring, disappointing judge’s decision.

It couldn’t be that could it? This fight should be epic.

Salvador Sanchez - Jan 19, 2017 3
During his time in the UFC, we've seen some quality moments from Tyron Woodley. Currently the UFC welterweight champion, Woodley has taken out some...

Georges St-Pierre Coming Back At UFC 200?

WATCH: Baby Fedor vs. Massive Bodybuilder Ends in Round One