Because of the continued rising popularity of MMA, there are always new organizations popping up all over the world. Most promotions try to follow the basic idea of putting on great fights while others prefer to try something completely new and different. Team Fighting Championship would definitely fall in the latter category.

Team Fighting Championship takes MMA to a completely different level. As you can tell by the name, it is no longer a one on one contest. Instead TFC prefers an all out gang war between 10 combatants. If this sounds appealing to you, then you might be a bloodthirsty psycho.

The cheap shots are aplenty, with fighters constantly running from their opponents to blindside another. When a fighter can not continue, he is pulled from the fighting area. If one fighter gets finished, the rest of his team will get swarmed by double and triple teams and beaten mercilessly. Size difference also plays a role, as there is often a noticeable weight difference between the two teams.

Arena Combat has a similar and slightly less barbaric 2-on-2 format. Oh, but should we mention that the fighting area in Arena Combat is basically a huge obstacle course? Arena Combat and TFC were both created and organized in Russia. 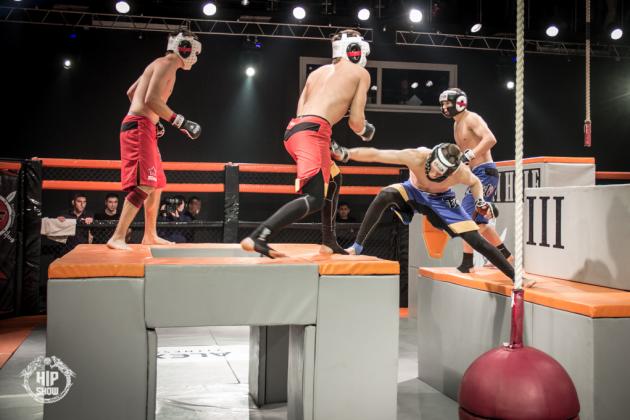 Conor McGregor Responds to Fans Asking Him to Defend Title

Salvador Sanchez - Dec 11, 2017 0
It's been some time since we saw Conor McGregor compete in the octagon. As frustration grows among the UFC lightweights, McGregor remains defiant in...