Love Him or Loathe Him, James Gallagher is Making Waves For Bellator… He’s Taking on Jeremiah Labiano and He’s Making it Personal…

You’ve got to wonder what SBG Ireland head coach John Kavanagh makes of it all. Typically mild-mannered, Ireland’s first ever Brazilian Jiu-Jitsu black belt is a true martial artist, showing courtesy and respect to all that show him the same treatment.

So how did he end up in charge of Conor McGregor, Dillon Danis and James Gallagher? The trio are some of the loudest and crudest fighters in all of MMA. Danis fought last weekend. Despite being 2-0 against nobodies, he’s still insisting that he’s the king of Bellator. Now it’s Gallagher’s turn.

The Strabanimal is taking on Jeremiah Labiano in London and it seems like he doesn’t like the American fighter’s coach. Once again he tried his best to make it personal at the press conference, getting into it with everybody. 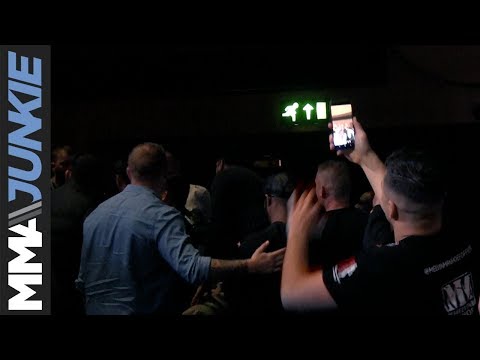 Whatever the ‘coach’ said, Gallagher wasn’t impressed and went off on a massive rant. He definitely practises trying to be like Conor McGregor in the mirror. You can tell. The sunglasses alone tell you enough about the young man. The only thing more cringe-worthy than his act is Labiano’s inability to come up with a decent comeback. Gallagher targeted a ‘coach’ of his opponent in the audience. 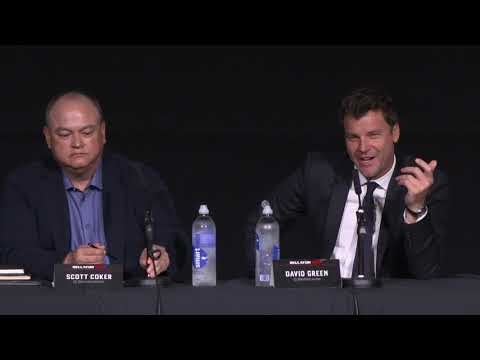 Labiano insisted that the man was just a fan and not one of his team, but Gallagher wasn’t having any of it. After squaring off for the cameras, the Irishman offered his hand before pulling it away quickly, leaving Labiano’s hanging. It was funny in fairness. You’d love to watch him get slapped. He was also adamant that it was Labiano’s coach, saying:

“Mate, you shut your f**king mouth. I’ve seen you walk around the hotel with him all week. It’s your coach. How unprofessional, your coach is sitting there like a little f**king fool.”

He curses a lot, doesn’t he?

Then as Paul Daley was about to face off with Erick Silva, a ruckus broke out. Daley himself went to see what was going on. Gallagher got into a scuffle with the audience member. It was nonsense really and they were quickly separated by security. The Strabane native is turning into Bellator’s Colby Covington.

Labiano has a massive height and reach advantage on Gallagher who has an excellent BJJ game. It will be interesting to see if they bring the heat in London on Saturday night. People will tune in just to watch Gallagher get battered.

8 Tips You Need to Know Before Creating Your MMA Betting...

Weili Zhang Will Fight Henry Cejudo… On One Condition