Joe Schilling is not a man to mess with. The former Glory middleweight champion is one of the best kickboxers on the planet. Now he competes for Bellator in both kickboxing and MMA. In sum, he’s a brilliant fighter and not somebody you want to get on the wrong side of.

Furthermore, Schilling runs his own gym. This is common for a lot of fighters as a way of making a solid living when they retire and giving back to the sports that they love. Schilling’s gym is a family business located in Los Angeles. You need to become a member if you want to use it.

What the actual fuck……. pic.twitter.com/vPeNkkB2u3

Look, it’s 2020 and everyone is openminded these days. If you want to put something into the tunnel of love then go for it. However, there is a time and a place. But that is not in a place that members of the public frequent. Meanwhile, Schilling runs kids’ classes in his facility too.

He saw the homeless guy enter his gym and take a shower. Being a decent man, he let the guy finish his shower. However, when the water went off, he still didn’t leave. Schilling banged on the door until it opened and saw the man sticking a sex toy into his posterior. Schilling proceeded to literally kick the guy down the street. Later he wrote on Instagram: 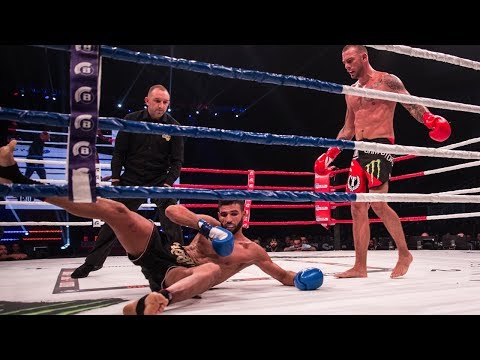 Any sex fiends out there should be warned: stay out of Joe Schilling’s bathrooms.

Top Five Knockouts From The Master Of Kicks Cung Le

Salvador Sanchez - Dec 4, 2016 0
One of the most prolific strikers in martial arts history, Cung Le... Mixed martial arts has grown so much now that fighters come from all...