Jon Jones is probably the most complete MMA athlete on the planet right now. Sure his career has an unfortunate asterisk beside it, but there’s also no doubt that he’s outrageously talented, with a combination of superb wrestling, great use of reach, and excellent kicks.

‘Bones’ has fought twice since his return from suspension with wins over Alexander Gustafsson and Anthony Smith. The dude is a badass and was invited to attend the FIBO Fitness Trade Show in Germany over the weekend. One fan decided that he wanted to experience the full Jones choke treatment.

Watch the footage below as the UFC light-heavyweight champion chokes out a fan for fun. This is not something we would ever want to do, but hey, we all have different dreams right? If getting put to sleep by a UFC champion is what you aspire towards, then good luck. 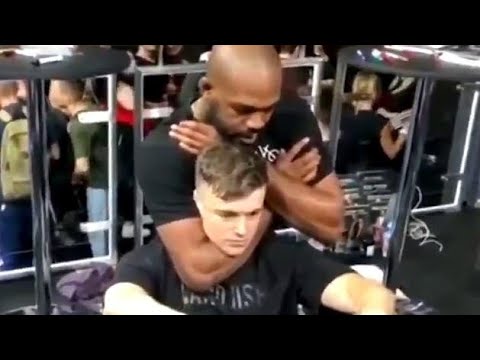 In the footage, Jones gently puts some (probably German) dude in a rear-naked choke hold and begins to slowly squeeze. It’s actually pretty insightful to watch because he very slowly increases the pressure until suddenly the guy’s arms just go limp and he slumps back unconscious. In fairness to Jones, he is quick to release him.

We can imagine Jones’s manager and agent watching this video and shaking their head in anguish. Obviously, Jones is an elite martial artist with supreme control over his body, but this was a dangerous stunt to pull off. Not just because of the risk to the moron who let him do it, but because in this world where people sue over paper cuts, this was a lawsuit waiting to happen. 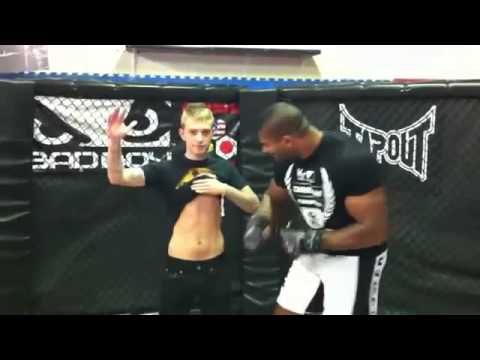 Of course, this isn’t the first time a fan has asked a professional fighter to use them like a training dummy. As Michael Bisping said in his podcast ‘Believe You Me,’ the pros get invited by fans to punch/kick/choke them all of the time. This has led to a number of very satisfying videos on the internet.

Check out the clip from 2013 of Alistair Overeem punching a hobbit in the stomach. As one guy can be heard saying: “This is by far the stupidest thing we have ever seen.” Does ‘the Reem’ go full power? No of course not. But he’s still a former heavyweight kickboxing champion and a physical monster. You can hear the sound of the dude’s soul leaving his body. 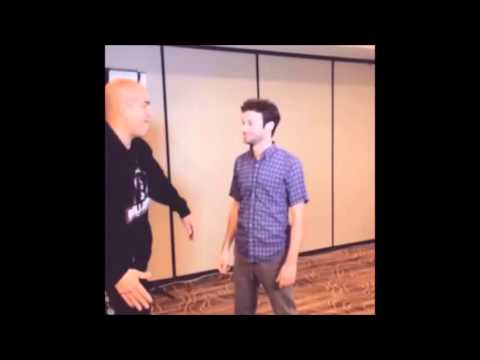 Another immensely satisfying video starred Tito Ortiz. A fan gave Ortiz permission to slap him across the face. And boy does Ortiz oblige him. He almost decapitates the purple-shirted chump with a vicious open-hand. It’s a truly beautiful moment.

If you ever meet your UFC hero, we’d recommend just asking for a picture or an autograph. But if you do decide to ask them to hit you, we’d ask that you make sure people video it.

Darren - Jul 26, 2020 0
First of all, it's not easy to be a referee in any sport. You're under pressure because you know that any decision you make...