This Was Only Ever Going to End One Way Wasn’t it? An MMA Fighter Let Loose With a Sequence Right Out of the Mirko Cro-Cop Playbook… He Knocked Out a Fake Wushu Wannabe in Just 12 Seconds…

China is going through a moment right now in terms of MMA. The sport is really only just taking off in the world’s most populous country, which could be massive in the future. But some fighters are determined to do their best to show off the merits of the combined system and also to shut down fake martial arts masters across the country.

There’s a genuine war going on between the two factions right now. Traditional martial arts are a massive part of Chinese culture – and that’s a wonderful thing. But it’s also true that there are a lot of fake martial arts masters out there who are pretending that they’re the heir to Ip Man and can destroy you with their chi.

Check out this video below of Xuan Wu, an MMA fighter, taking on a so-called Wushu master, in Yinchuan, China. This fight lasts about as long as you’d expect just by looking at these two men. 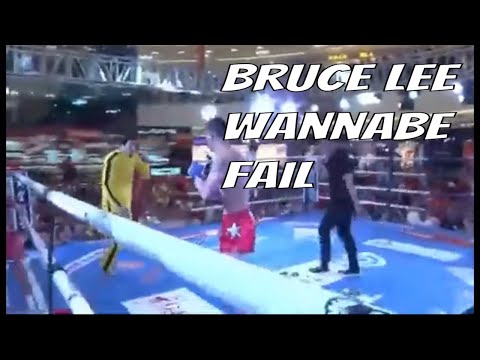 Shared by the excellent channel Fight Commentary Breakdowns, this video shows Xuan Wu taking on Tan Long, a Wing Chun stylist who decided to dress like Bruce Lee out of 1973’s Game of Death. Of course, the fight took place in a shopping mall, which just adds to the weirdness of this whole thing.

As well as wearing the jumpsuit, Long refused to wear MMA gloves, insisting that it would affect his Wing Chun in a negative way. Well, I guess we’ll never know really because after just two kicks it was all over. Wu smashes him to the head and drops the so-called Wing Chun master in just 12 seconds. That’s pretty embarrassing.

Wu is a friend of Xu Xiadong, better known as ‘Mad Dog.’ Xu went viral for his beatdown of the taichi master Wei Lei. Since then he’s been an enemy of the people, seeing his credit downgraded by the Chinese government and being forced to apologise for dishonouring traditional martial arts. 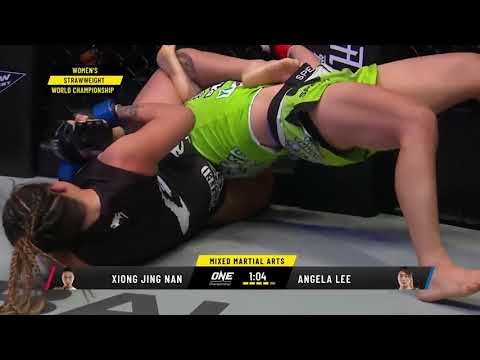 Chinese MMA is on the rise though. It’s taken its time, but now the world’s most populous country is finally making some stars. They have one world champion in ONE Championship, with ‘The Panda’ Xiong Jing Nan, most recently defending her title against the company’s golden girl Angela Lee in a phenomenal fight.

If things work out, they could also have a UFC flyweight champion. Brazil’s Jessica Andrade is set to defend her title for the first time against Weili Zhang. Andrade is set to cross over to enemy territory for this one in Shenzhen, China on August 31.

Atilano Diaz - Aug 4, 2016 0
As great as Conor McGregor is in the striking department, his boxing leaves much to be desired. Nate Diaz proved his boxing (which is...