One of the Coolest, Slickest Submissions We’ve Ever Seen Went Down Last Weekend in Jakarta… Watch the Footage Courtesy of ONE Pride…

Oh, Brazilian Jiu-Jitsu… You’ve got to love it. While everybody loves a brutal knockout, there’s something about the efficiency and body mechanics involved in this grappling martial art that makes it so exciting to watch on the biggest stages in MMA.

Wrestling might be the single-most important component in the contemporary MMA fighter’s arsenal, but let’s be honest, it can be very boring to watch. BJJ provides moments of excitement as a fighter takes control of their opponent, submitting them or choking them unconscious.

Watch the footage below of a crazy submission that went down in Jakarta, Indonesia at a ONE Pride event (not to be confused with the global phenomenon that is ONE Championship). It’s a truly extraordinary finish, as the fighter uses legs instead of arms to get what looks like a keylock.

Full sequence: ONE Pride flyweight Suwardi submits Erpin with a wicked keylock from bottom using his legs. While having knees dropped on his head. Who can identify this sub? #OnePrideProNeverQuit26 pic.twitter.com/GL4kiuQBzQ

This was a fantastic piece of improvisation by ONE Pride flyweight Wardi Suwardi. He was fighting Erpin Syah in Jakarta, the capital of Indonesia. Syah had top position and was dropping knees into Suwardi’s head. Rather than try to scramble, Suwardi decided that he’d try to end the fight with his legs from the bottom.

While taking knees to the head, he was able to remain composed and successfully worked his legs around his opponent’s arm. Before Syah knew what was happening, Suwardi had his arm extended into what looked like a keylock submission – albeit using legs instead of arms. Some people are arguing that it was a leg-lace Americana. Whatever it was, it was definitely effective and a unique piece of improvisation under pressure from the Indonesian fighter.

It’s clear that Brazilian Jiu-Jitsu is massively popular right now. While it first came to prominence in the 1990s, thanks in no small part to the work of Royce and Renzo Gracie, the growth over the last number of years is extraordinary. It is one of the most effective martial arts for practical self-defence because it works against bigger attackers.

A whole bunch of celebrities have climbed onto the BJJ hype train, including Jonah Hill, Tom Hardy, Demi Lovato, Ashton Kutcher and Guy Ritchie. The martial art is only set to grow in popularity. People are drawn to it because it is as much about the mental game as the physical, as you need to understand the mechanics of the body to fully appreciate what you’re doing. 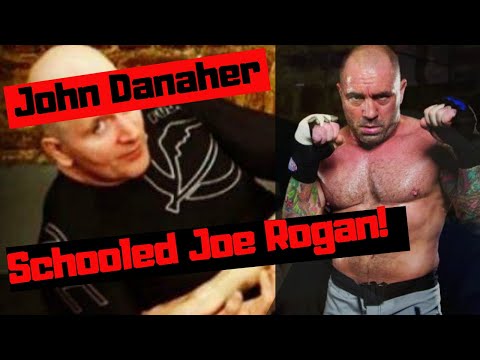 Most people who train in BJJ become addicted to the martial art and cite it as one of the most important things in their life. UFC commentator and professional comedian and podcaster Joe Rogan has called it a way of life and one of the truest martial arts out there. He once said on his podcast:

Gentleman Jeff - Jan 3, 2018 0
Khabib Nurmagomedov's negotiation tactics are amongst the most unique in sports... Khabib Nurmagomedov recently spoke to reporters about the possibility of fighting either Tony Ferguson...