David vs. Goliath with a difference…

When pitting size and strength against skill and technique, often the latter is victorious. During the Japanese MMA era, fans were treated to countless examples of this type of fight. In fact, JMMA’s biggest fights were David vs. Goliath displays.

Although those ‘freak show’ fights are now frowned upon, it’s hard to argue against how fun they were. What we tend to see more of today is smaller MMA promotions, or street fight videos that show little vs. large.

This is Jujimufu, real name Jon Call, and he’s a very interesting guy. Unlike many men of his size, he is insanely flexible. Before bulking up to 235 pounds, Jujimufu was known as a tricker.

Combining elements of parkour and acrobatics, as well as his tremendous size and strength, Call describes his current art as ‘Acrobolix.’ Here’s a video of Jujimufu’s wild weight lifting/acrobatics routine. Later in the article you’ll see him take on a MMA fighter. 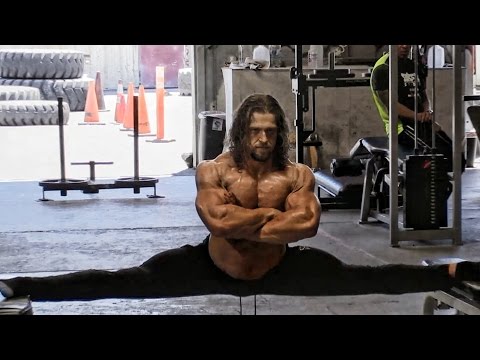 Also holding a black belt in TKD, Call is a very interesting and unique athlete. It’s very rare that you see a bodybuilder that’s able to maintain such flexibility and dexterity. Even with his past in acrobatics, Jujimufu is a beast.

Unlike the usual ‘David vs. Goliath’ affairs, the bigger man in the following video is able to pull off some slick moves. He lands some punches, and even a spinning back kick tat rips the MMA fighter’s body. 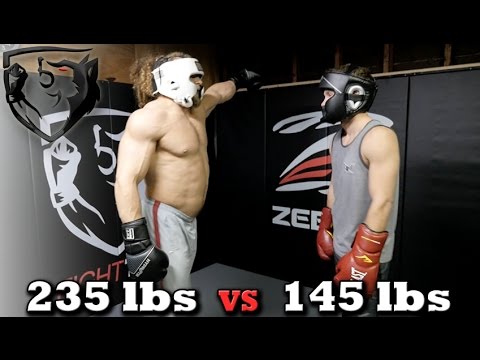 Although he does end up laid out on the floor at one hilarious moment, the interesting twist is that he can actually fight. Probably needs to work on his punching offense and defense, but for such a big guy Jujimufu does very well indeed.

Thanks for stopping by, make sure you check out one of our other articles before you leave!

Darren - Jun 30, 2019 0
Flyweight Contender Joseph Benavidez Laid His Claim for the Next Title Shot After Destroying His Opponent Jussier Formiga in Minneapolis...  Joseph Benavidez is one of...