Paulie Malignaggi Lost to the GOAT in Florida on Saturday Night… Instead of Accepting That He’s Lucky That He Was Allowed to Walk Away Alive, He’s Having a Go at ‘Bush League’ Judges…

Did you know that Paulie Malignaggi only got hit once by Artem Lobov? That is pretty self-evident as there are just three big cuts on his face, multiple bruises and his nose looked bent as well. It must have been some punch by ‘The Russian Hammer’ who took a decision against ‘The Magic Man’ in Tampa, Florida at BKFC 6.

Malignaggi is furious with the decision. He fully believes that he won the fight and maybe he did, if you base off of regular boxing scoring. But this wasn’t regular boxing, it was a bare-knuckle fight. Sure they still use basic boxing rules and allow extended use of the clinch, but damage and forward pressure are what win you the fight.

In truth, this fight was an anticlimax, with many feeling underwhelmed after forking out $40 for ‘the most anticipated bare-knuckle boxing match of all time. Check out Paulie’s reaction below. 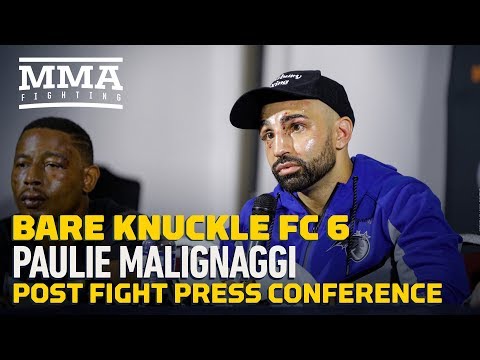 In truth, this fight was very close. A win for Malignaggi or even a draw would not have been outrageous. Lobov definitely moved forward more though in rounds 1, 3 and 4, although two of the judges gave him the final three rounds. ‘The Magic Man’ didn’t want to get hit. It seemed like he only realized what he signed up for when he was in the ring.

“I pretty much got the worst of everything because I got a sh*t decision and I made a tic-tac-toe board out of his face with my left hand,” Malignaggi said. “Look at my face, I got hit literally in one clinch. In one clinch, I got hit and that’s it. I took a couple of shots in that one clinch that he got me, I thought I did a pretty good job in clinches other than that, and really nothing else landed. I was very comfortable boxing.” 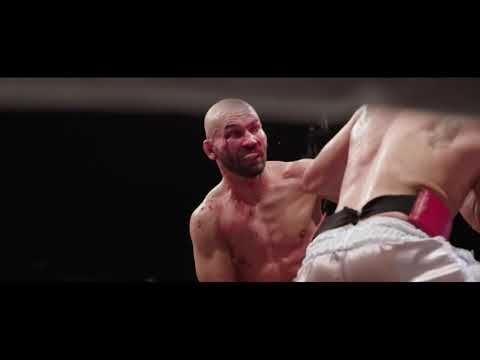 One of the big narratives coming into this fight surrounded Malignaggi’s hands, which he has broken multiple times in the past. Would they be able to stand up to the intensified trauma of a bare-knuckle boxing match? The short answer was no of course not. He said:

“Luckily, I have experience fighting with one hand from earlier in my career, breaking my right hand so many times, so even when my right hand was gone I thought I boxed very well in three, four, and five. He got me in the clinch in three, but other than that I thought four and five—I mean five he didn’t land at all. I was popping him with jabs and check left hooks constantly. You want to give him four, I don’t think you can, but I guess if they want to give it to him.”

“And clearly the bush league judges scored the blood and not the actual fight or what was happening, because realistically nothing else happened aside from that clinch where he definitely got me with some good shots.” 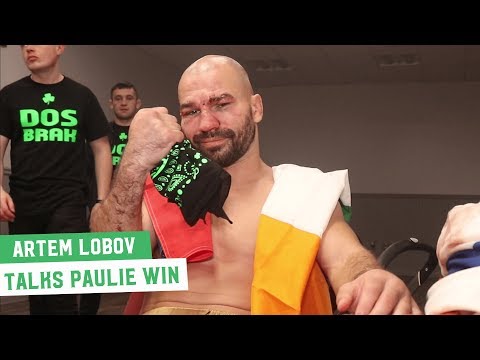 In truth, BKFC has gained very little from this ‘super fight’ – a word that we’re using very loosely here. The card was generally boring and the main event didn’t deliver the fireworks fans were expecting – even if a Lobov win did satisfy most viewers.

This could actually damage BKFC’s hopes on moving onto bigger things. It’s going to be hard to convince people to fork out another $40 for a fight card after that trash. Also, good luck trying to find another name as big as Paulie Malignaggi to get into the ‘squared circle.’

Honestly, the promotion deserves to be shut down for that alone. ‘Squared circle.’ Absolute cringe.